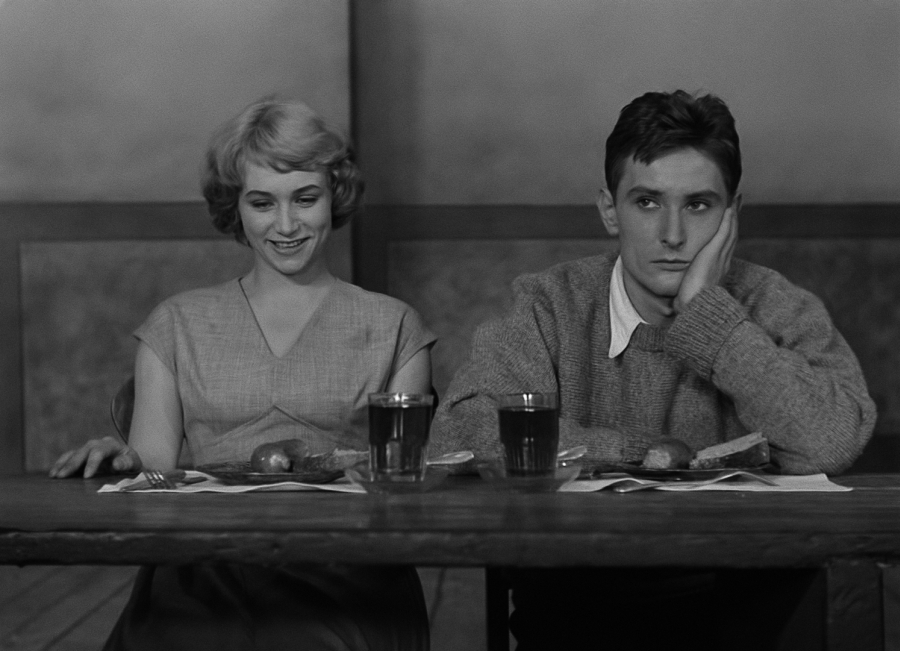 1960, 1 h 26 min
A history of first love. Bożek, a fighter of the Home Army resistance, refused to kill “a commie”. Lucyna is a repatriate from the former eastern territories of Poland, now taken over by the Soviet Union. They meet in a small town in the so called Regained Territories where she was resettled and he escaped fearing the consequences of the order he failed to carry out. Their feelings give them a chance for a new life but their love is not an easy one – he is burned out and she feels empty. As if to make the situation more complex, Zygmunt, a former colleague of Bożek from the Home Army, arrives in town…

The director, Kazimierz Kutz, claims: “It is my most important film”. His adaptation of the novel by Józef Hen was an open polemic with Andrzej Wajda’s Ashes and Diamonds. Bożek is the opposite of Maciek Chełmicki, he is a hero who refuses to carry out an order and chooses life instead. The political subject matter is replaced with erotic situation. The film presents “the time of love” in its original, New Wave form, with the excellent camerawork of Jerzy Wójcik and the music of Wojciech Kilar, his first such work. Once an underappreciated movie which caused a scandal and was the victim of censor’s intervention, Nobody Is Calling was after many years properly appreciated as one of the most original Polish movies.