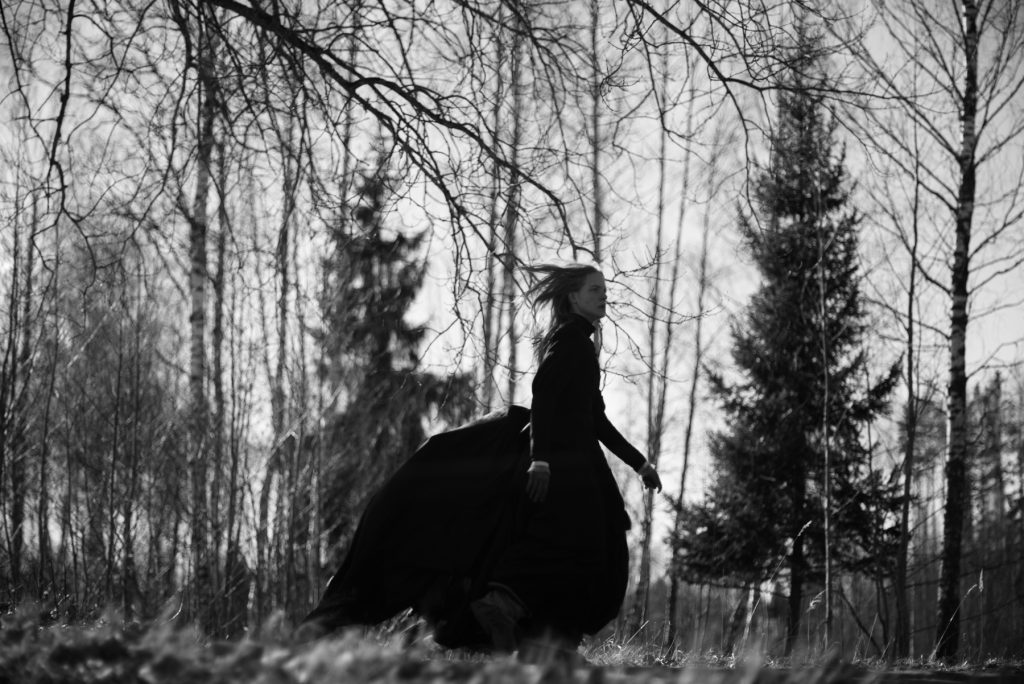 The film is set in a pagan Estonian village where people are pestered by werewolves, plagues and ghosts. The villagers’ biggest challenge is to survive the frosty and dark winter, so nothing is taboo for them. The protagonist, Liina, is a young girl working on a farm, hopelessly and desperately in love with Hans, a village boy. The longing makes her turn into a werewolf and plunge into a freezing pond.

The film is based on a best-selling Estonian novel Rehepapp by Andrus Kivirähk. It combines Estonian pagan mythology with European Christian mythology. Both are looking for a miracle, an ancient power thanks to which a human has a soul. This is a film about souls, indeed: about a craving a soul, about selling it and life without it.

Film and theatre director, film critic, comic book author. Born 1969 in Rakvere, Estonia. In 2007 he made his feature-length debut Where Souls Go. His next film, The Idiot, from 2011, was inspired by the novel by Fyodor Dostoyevsky. It had its world premiere at Busan IFF and won Best Cinematography at Tallin Black Nights Film Festival 2011.