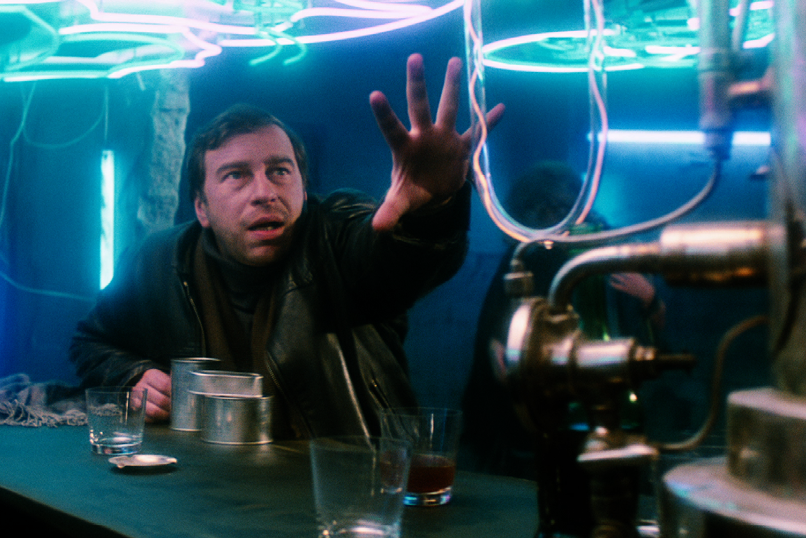 One year after the end of a nuclear war the few survivors live in
terrible conditions underneath a concrete dome, which protects them from
the harmful radiation, but not from famine, diseases and the gradual
loss of humanity. The only thing that keeps them alive is the rumour
about an Ark that will come and collect them one day. Soft, “the
persuasion specialist”, a member of the ruling junta knows that the Ark
is a lie created by the rulers, and yet, he himself will be willing to
believe it…

The II part of Szulkin’s tetralogy refers to the
traditions of dystopia. The pessimistic vision of the future as
interpreted as an allegory of Poland under the martial law but also more
universally, in existential terms.