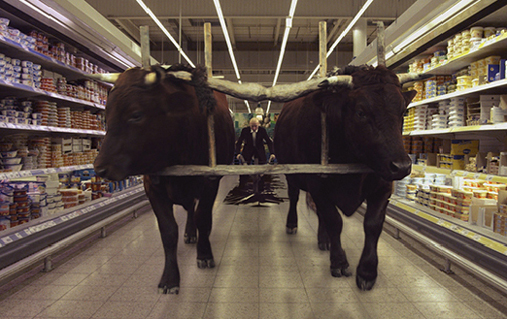 Adam lost his loved one and his closest friend in an accident. His personal drama overlaps with a national tragedy. It’s 2010, “the biblical year” in Poland: floods, fires, landslides and the catastrophe of the presidential plane.

Adam quits his job as a symbolic literature lecturer and becomes a checkout assistant at a supermarket. He only wants to sleep, running away from painful reality. Dante’s “Divine Comedy” becomes his sole reading during this dark time. And its fragments are what gives his everyday life some meaning…