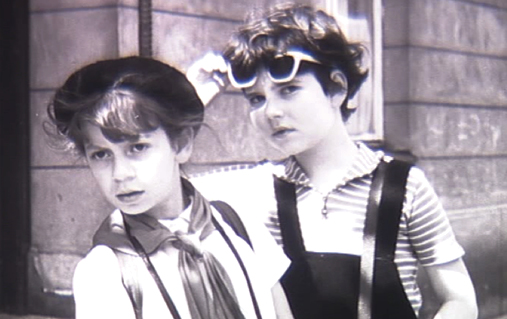 The film is comprised of three short stories: “Uwaga woda!” (“Be careful, water!”), “Elek” (“Elek”) and “…a statek odpłynął beze mnie” (“…and the ship sailed away without me”). All the three tales are didactic in their message, they teach and warn the youth and children against the dangers that await them in life.
“Pictures No. 1/55”, as any of Nasfeter’s films, has a peculiar, sentimental charm of the childlike problems and splendidly becomes part of the style of the director, who was fascinated with and described the tangled world of children’s dilemmas as early as when making his first productions.