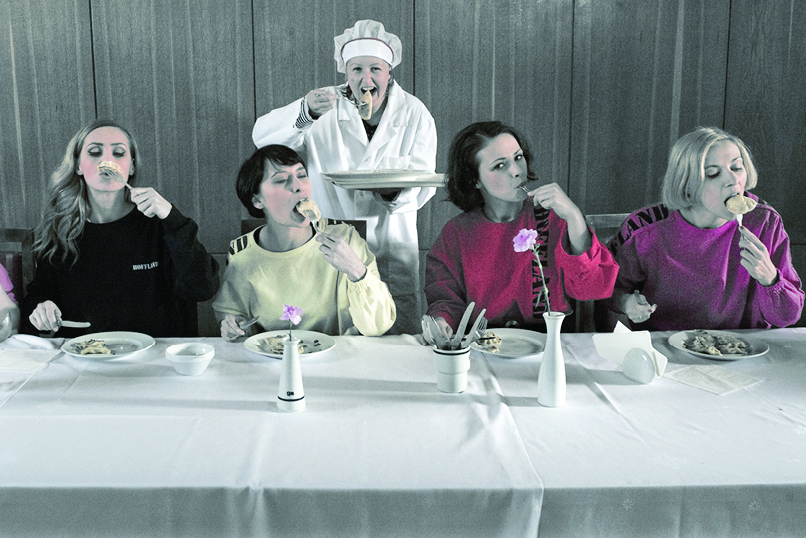 Can the way you dress become a political declaration? Can you be
fashionable in the times when shop shelves offer only working clothes?
Is it possible to manifest freedom with you looks?

In the dim
days of the socialist country underground fashion flourished. Young
people wanted to resemble their peers from New York, London, Paris.

“Political
Dress” shows different phases of the Polish People’s Republic and the
changes in how fashion was perceived. From hardline Stalinism, when
wearing colourful socks meant risking arrest, through the ‘60s and
Poland’s relative openness toward the French fashion, the propaganda of
the ‘70s and the fascination with hippie style, to the martial law and
the ‘80s, and the eruption of punk.