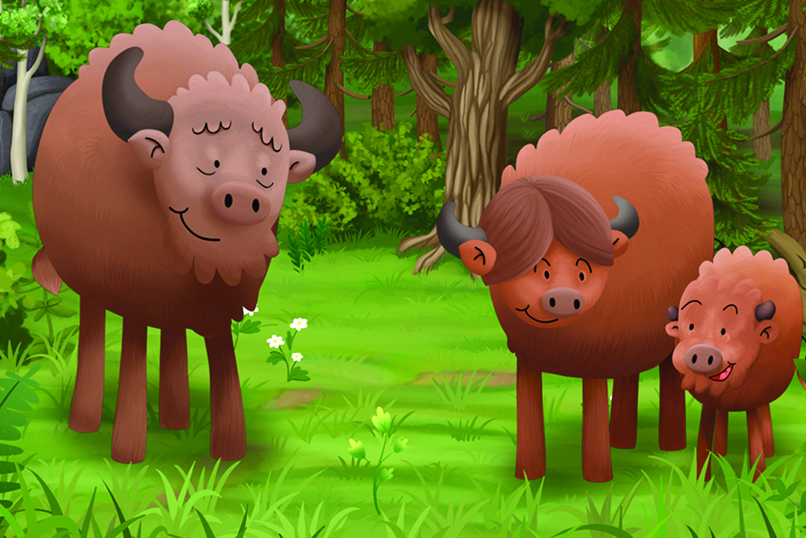 In the depths of a large green wilderness there lives Pompik the Bison.
He’s rather small and not as strong, fast or agile as his peers. He’s no
good in traditional bison games. Pompik is interested in everything
around him. There is no forest mystery he wouldn’t solve. His younger
sister, little Polinka, roots for him, although she’s his complete
opposite – she’s a bison of action, she’d rather run and jump than brood
on things.