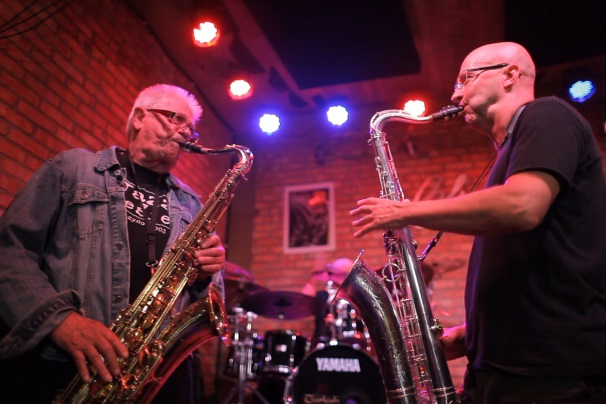 Przemek Dyakowski is an 80-year-old young man. Saxophonist, which was supposed to bea ski jumper; globetrotter, who cannot imagine life outside of Gdynia; full of optimism storyteller and the repository of knowledge about jazzmen and jazz. Although he is the soul of the company, closely guards his privacy (which may explains more than two-year period of the creation of the film about him). Does he feel an accomplished artist and a man? Is there something he regrets? ? In the film about himself Przemek Dyakowski provides simple answers to difficult questions. And in the ever-changing world, he advises musicians observing one golden rule: custom, live, salary.

Take It Easy concert, after the screening.