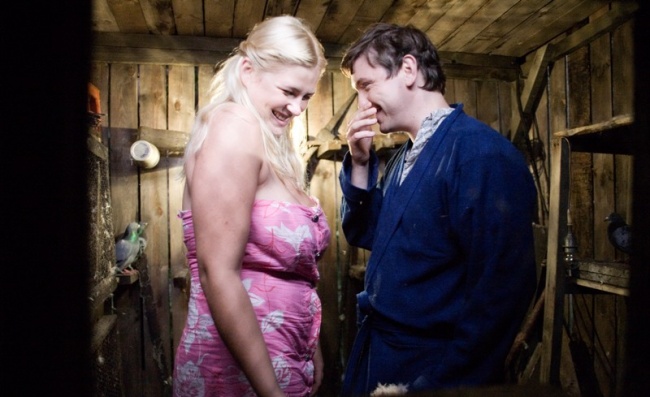 In a picturesque scenery of Śląsk housing blocks, godforsaken railway station and ruined steel mill, emerges an intrigue followed by every member of Fytel community. Romanek Drzozga, a smart boy from the neighborhood, has a crush on his neighbor called Motylek (Butterfly). The girl has lots of charm but is not a typical beauty. Their flirt between the ruins of a steel mill could probably develop into something more if it wasn’t for the sudden comeback of Romanek’s father who is long conflicted with Motylek’s caretaker. The situation gets more complicated by the fact, that the area is visited by a mysterious man who tends to run naked between the blocks. The members of the community organize a pursuit to catch the pervert…