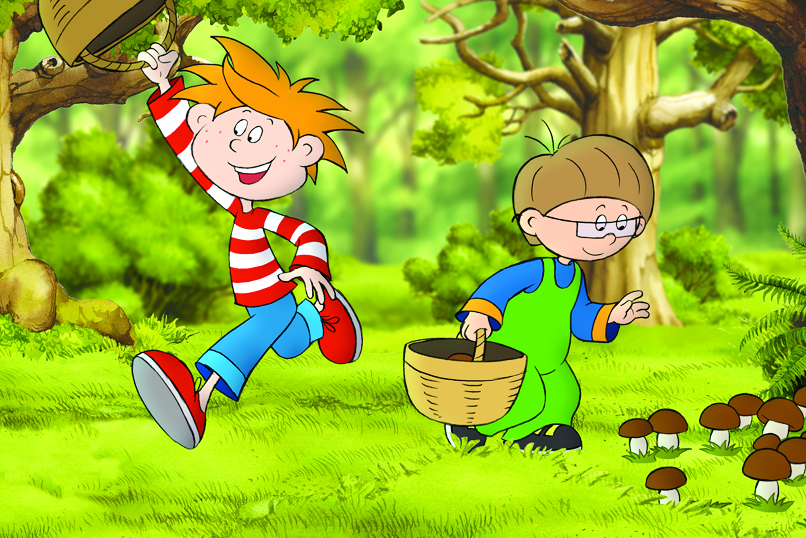 The films presents a funny adventure of the title characters with elements of the Red Riding Hood story.

Film from Jim and Screw series