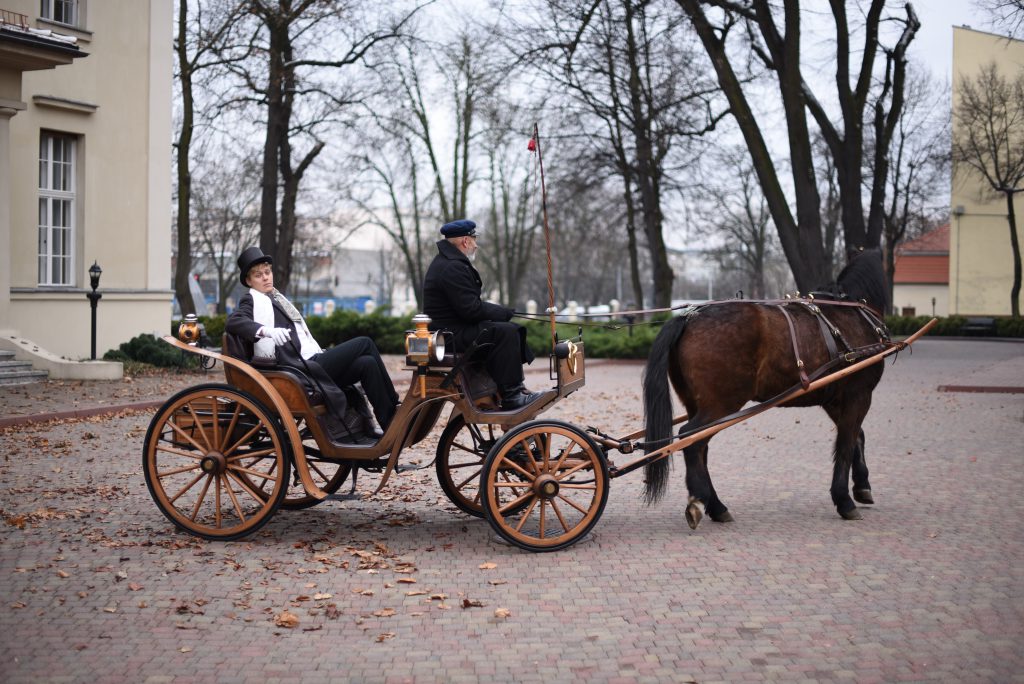 Return of the reveller

It’s 1902 – Hanka Ordonówna is born; the first permanent cinema was opened in Los Angeles, and the court denied Thomas Edison exclusive rights to the concept of a film camera. The same year, the Polish inventor Kazimierz Prószyński, about whom Louis Lumière was to say: “Gentlemen, this man is the leader in cinematography, I am the second,” he directed, recorded and produced the image recognized as the first Polish feature film: Return of the reveller.

A day in the city, a fragment of a street (…) On the right a horse drawn cab arrives and stops in front of the gate. In a cab, a young man is sprawled in seata, he wears a cylinder and tailcoat visible from under a black cape or cloak (…), clearly under the influence… Known only from written references, made in 1902 by a Pole, a pioneer of the world cinematography of Kazimierz Prószyński, a few seconds long picture is considered the first Polish feature film. Unfortunately, the tape was lost during the war; the biopleograph with which the film was recorded was destroyed in the Warsaw Uprising, and Kazimierz Prószyński died in the Mauthausen-Gusen camp. The National Centre for Film Culture in Łódź undertook the reconstruction of the biopleograph and the reconstruction of “Return of the reveller” with its use. Jakub Gierszał starred in the title role, originally played by the novice theater actor Kazimierz Junos-Stępowski. The film was directed by Piotr Szczepański.