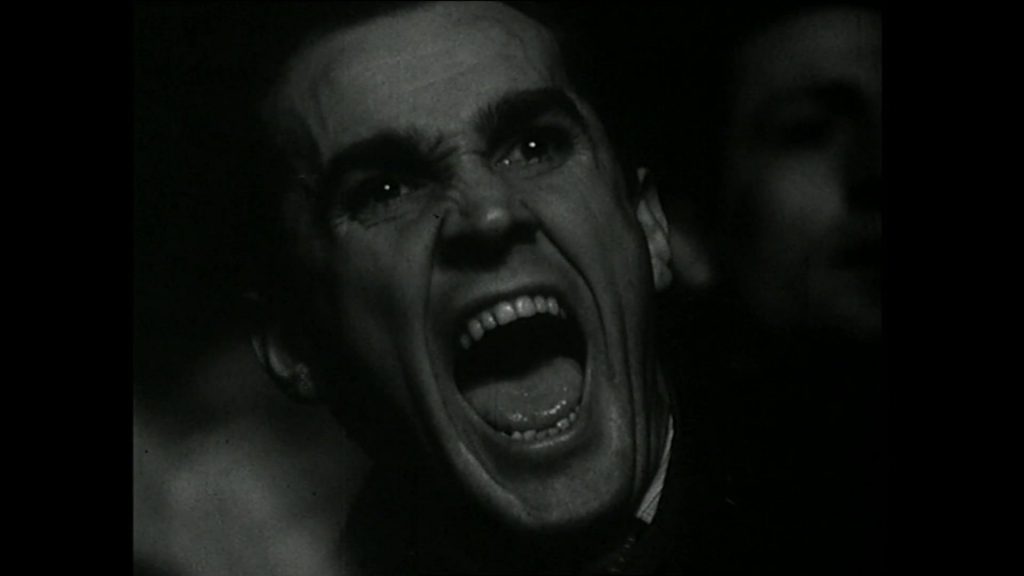 A documentary etude. A loud hall of boxing fights. With full tribunes around, a fight is about to begin. Another shots are portrait of the fans: men, women and children. Everyone pulls out their head to have the best view on the boxers. Emotions of stress, joy, disappointment can be seen on their faces.