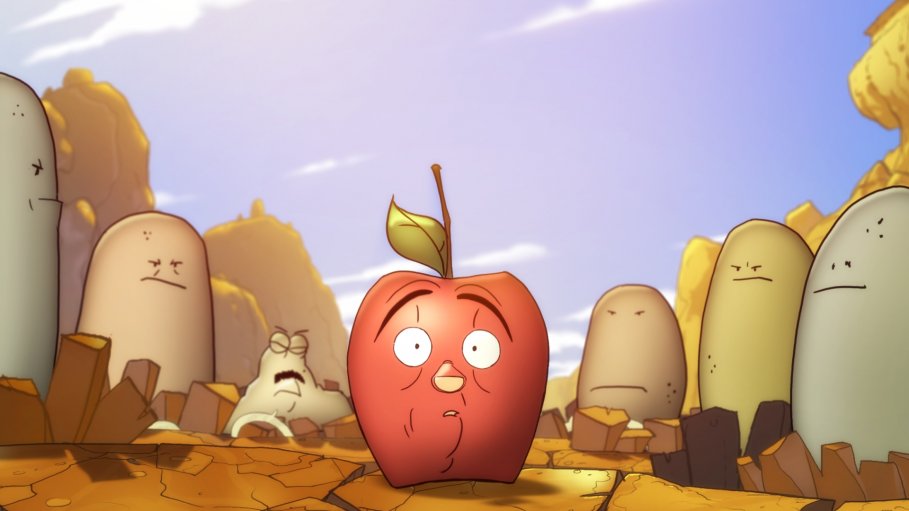 The Apple & The Worm

Torben is a handsome apple who dreams of a career on a fruit exhibition. Unfortunately, one morning a worm bites through his peel. Torben gets paniced and falls off a tree. On the ground, together with another apple they plan a revenge, but the intruder turnes out to be a swell she-worm named Silvia.