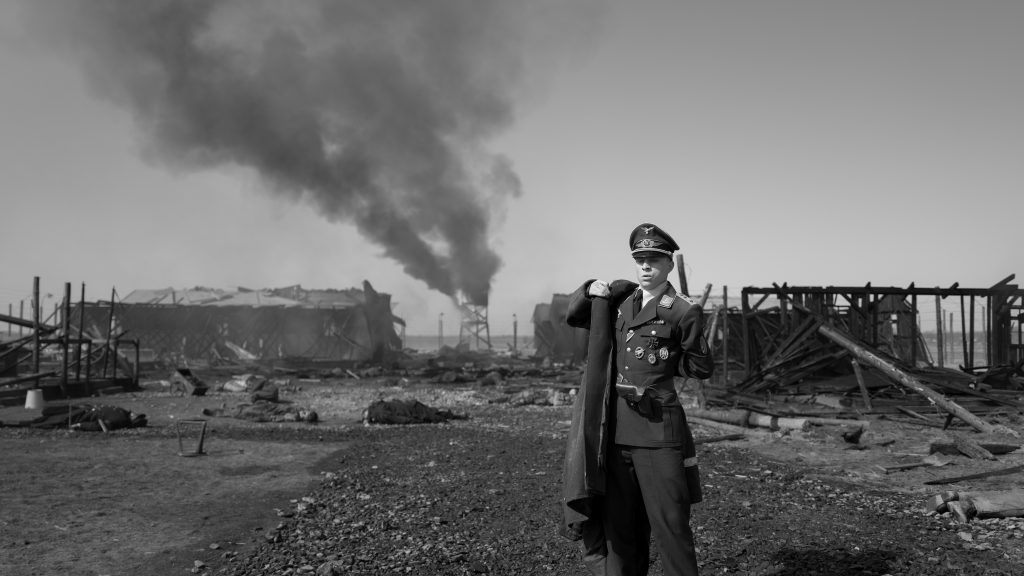 Last moments of the second world war. A young German soldier desperately struggles to survive. A random uniform of a Nazi captain is his big chance to make it through, so he decides to impersonate an officer. Monstrous identity of the men he tried to escape easily goes to his head.