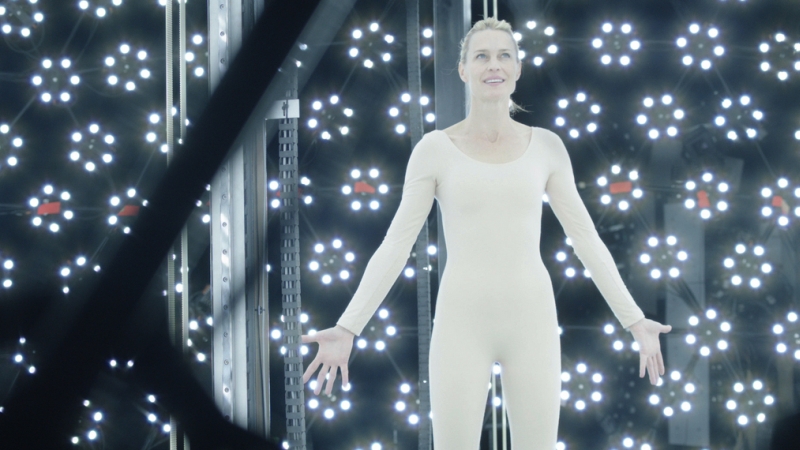 2013, 2 h 2 min
“The Congress” is a long-awaited visionary film production based on “The Futurological Congress” by Stanisław Lem.

The border between the reality and fiction is blurred in “The Congress”: Robin Wright performs the role of herself in it. She lives with two teenage kids on a ranch, far from the civilization, when a big Hollywood studio makes her an unusual offer. Due to advanced digital technology, Wright can be ‘scanned’ and thus can acquire eternal youth in every following film. From that moment, all her roles will be played by a virtual copy. The decision made by the woman in order to have unlimited time for her family turns out to be the beginning of her journey through the future world where powerful film studios and pharmaceutical corporations offer total forms of entertainment while manipulating human consciousness. “The Congress” is an innovative and intriguing film, full of satirical ideas about the world of unlimited technological possibilities which in no time will set the border of our freedom and dictate our desires.