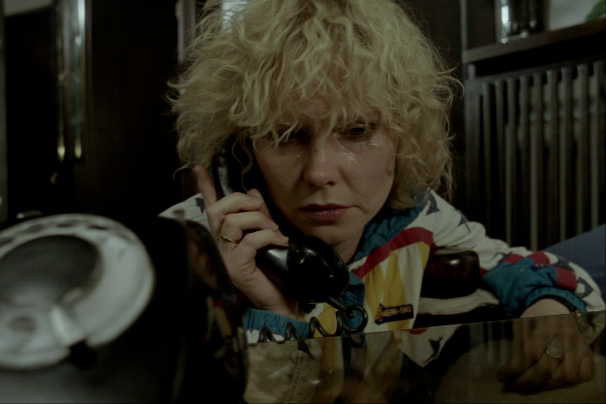 Roman is a man under forty. For several years, he suspected what will now be proved by many tests, analyses and examinations: tie is an impotent and it is too late for any treatment to be successful. This is what he feared but now he knows for sure: his happy marriage to Hanka, based on partnership, is bound to shatter. He tells Hanka the truth openly, just as he heard it himself. He is a doctor, too, a cardio surgeon, and realizes the diagnosis is final. But Hanka does not share his opinion. “What there is in our marriage matters to me more than the things that just aren’t there. Love is not to pant in bed five minutes a week”, she says cuddling up to him.Roman has no right to be jealous as he knows well enough. But he is, and his jealousy, which is turning into an obsession and passion, makes him feel a greater and greater repugnance to himself. Roman does every¬thing that a man of his opinions and manners should never do: he spieson Hanka, listens in when she -s speaking on the phone, rummages her purse noting down the phone number he finds suspicious, acquires a key to her mother’s empty flat. Hanka really loves her husband and what she told him was true – but on the other hand she also has needs which Roman is unable to satisfy. The affair she gets involved into is to her nothing but sex: but as is often the case, it begins to matter a lot her young fair-haired lover. At last, the inevitable happens: concealed behind a wardrobe, Roman watches stealthily as the lovers say good-bye to each other. After the boy has gone away, Hanka discovers Roman in his hiding place. The scene is dirty and humiliating for both of them.Hanka and Roman, helpless and with tears smeared all over their faces, become reconciled at last. Hanka knows how much she loves Roman, and does not want to leave him in spite of all. Roman realizes his love for Hanka is greater than he ever suspected: he cannot lose her in spite of all. They decide Hanka should go away for some time: they both need a distrac¬tion from each other and their problems. They also consider adopting a child.Hanka makes a skiing holiday in a mountain resort. Roman is calm and self-assured until one day, instead of watching the children playing in a park, he abruptly retires to his car. The young fair-haired boy whom Hanka once threw out of the flat in Roman -s presence is packing a pair of skis into his car. To Roman, his plans are only too evident.The boy indeed finds Hanka on the slope. He has been looking for her, and has learned her address at her office. Suddenly, Hanka realizes what this might mean. She leaves the boy standing there, her skis in hand, and goes back home immediately.But Roman knows nothing about it. He mounts his bicycle and keeps pedalling faster and faster. As he knows, the road he has taken ends abruptly where a flyover is being constructed. Roman bends his head low and rides on.