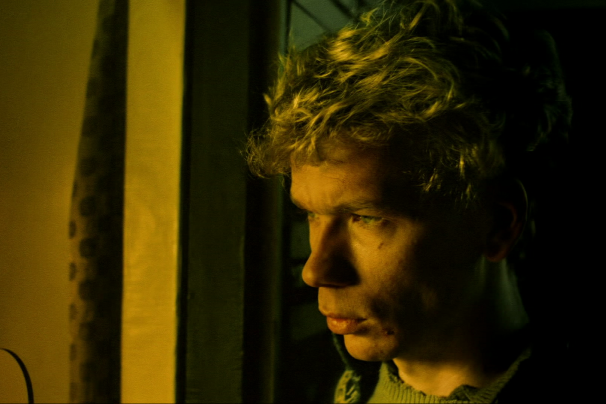 A young pimpled boy wanders about town. He is Jacek. A middle-aged man washes his cab thoroughly.In the meantime, Piotr passes his barrister’s examination.Jacek watches taxi ranks. He orders an enlargement of an old andcrumpled picture of a girl, taken on the occasion of her first Communion.Frozen, he has coffee in a hotel bar.The taxi driver makes rounds of the town in his extra clean car, looking for a passenger. He refuses to take drunks: he does not want anybody to be sick on the seats.On the way, he buys a lottery ticket.Piotr has passed the examination. He believes he has a calling.We know now something will happen to bring those three men into relation¬ship.After the examination, Piotr and his girlfriend go to the bar where the pimpled boy is drinking his coffee. There is a taxi rank in the neighbourhood. Jacek takes the freshly cleaned cab and gives the driver an address in the suburbs. Once there, in gloomy surroundings on the riverbank, he murders the taxi driver.In court, the boy asks his counsel, “Is this the end, sir?” “It is”, Piotr answers. We know them both. The boy is taken away. The lawyer asks the judge whether another sentence was at all possible. The answer is no.The hangman prepares the rope and lubricates the drop: he likes a good piece of work. Piotr has half an hour time to talk to the boy. “I’ve been thinking”, Jacek says although we never believed he could think at all. Several years ago, his younger sister was run over by a tractor. The driver was drunk, and had been drinking in Jacek’s company prior to the accident. “If it hadn’t been for that, perhaps nothing would have happened. I wouldn’t be here now”, the boy says. But he is..They hang him as provided by law, most efficiently. The drop operates perfectly, and the rope is springy enough. A moment before he dies, Jacek tries to tear himself free – a senseless attempt.A road in the fields, a forest can be seen at a distance, and a glimmer which soon dies down. Piotr strikes the open car door with his hand. “I hate -°° He says it at first, and then starts shouting. “I hate!”