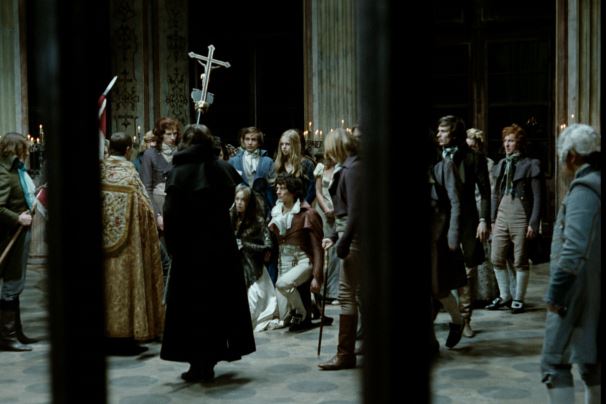 1793. Prussian troops enter Greater Poland under the partition treaties. A Stranger arrives at a convent-prison to take Jakub, an epileptic and failed regicide, with him. From now on the mysterious man guides Jakub’s fate and, having supplied him with a razor for “cleansing”, will persuade him to commit a series of crimes.

Another example of the director’s auteurial, creative cinema, with a distinctive combination of symbolism and extreme naturalism, a nervous rhythm of narration and overacting. A tale of a conspiracy as a story of Polish Romanticism, madness of history but also a film allegory of March ’68 with an excellent performance from Wojciech Pszoniak. One of the Polish films “arrested” by censors and not authorised for distribution, used in political party games aiming at removing liberals from power, it actually initiated the director’s international career.