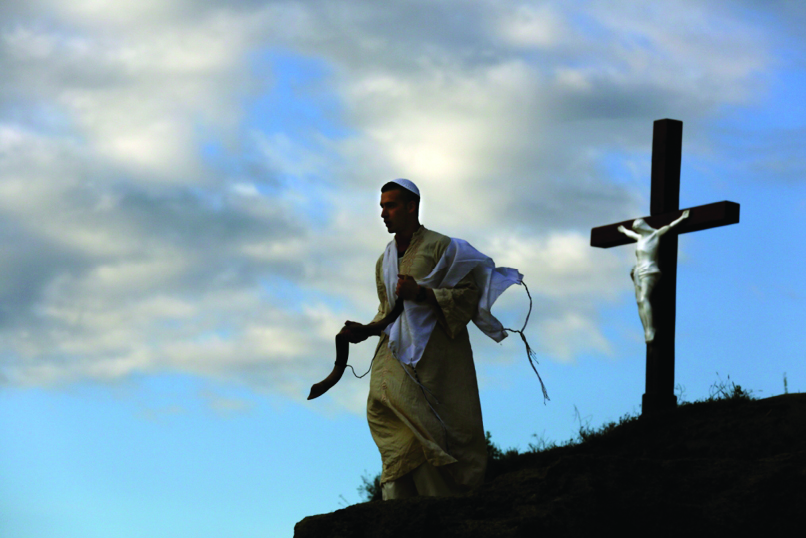 The Dybbuk. A Tale of Wandering Souls

Rebbe Nachman, the founder of the Breslov Hasidic movement, taught in Uman (Humań) and Breslov (Bracław). Nachman was born in 1772, four years after rebellious peasants and Cossacks led by Gonta and Żeleźniak had murdered thousands of Uman inhabitants – mainly Jews and Poles.

Every year thousands of Hasidim from all around the world visit Nachman’s grave. It is not to everybody’s liking. The people of Uman accuse the local authorities of corruption and betrayal. The Hasidim, in turn, are outraged at the planned erection of a monument to commemorate Gonta and Żeleźniak responsible for the Uman massacre.

Only the old Wolodia, who takes care of the Jewish cemetery in Breslov, is not interested in these quarrels. In the cellars under his house, in an abandoned synagogue, on the cemetery and in the air drift the countless souls of the dead. Dybbuks – punished spirits, are trying to escape from this world…