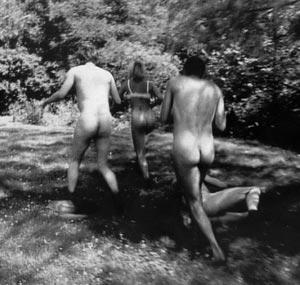 A group of extremely smart young slobs live in a commune led as a facility for the mentally disabled. Their leader Stoffer follows a shocking but very convenient thesis that ‘being an idiot is a higher level of freedom’. The group acts accordingly (ski-jumping in the middle of the summer, bathing in caviar, orgies). Other townsmen are indignant and disgusted by their excesses and feel ready to pay any price to get rid of the problematic neighbors, even though they consider themselves tolerant of those ‘smart in a different way’. The commune is visited by a woman who needs support after the death of her child. The film won the Plame d’Or in 1999.