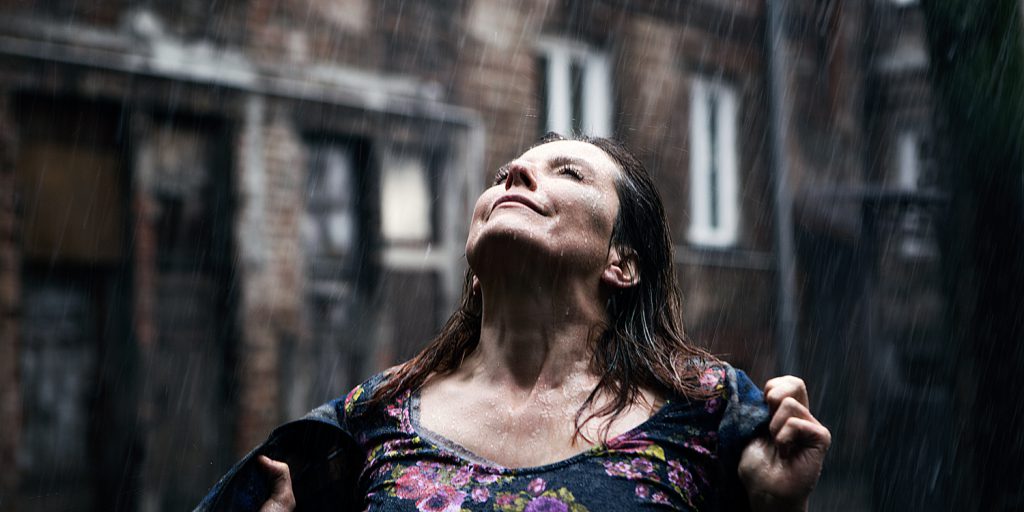 One day of work of three female workers of a gloomy sewing room located in the basement of an old tenement. The sewing ladies differ in terms of age and world view. Each of them hides a dark secret. At work, they are accompanied by Krojczy, a graduate of philosophical studies and a mysterious stranger – Maria Miracle. A catalizator in resolving the secrets of the women becomes a damp patch at the moldy wall, which grows during the day and takes on increasingly bothering shapes. Other tragedies are hidden in a dustbin outside and in the floor of the sewing room, from which human moans, cries and calls can be heard alongside the sounds of the sewing machines… Tragedy is combined with grotesque and black humour here.