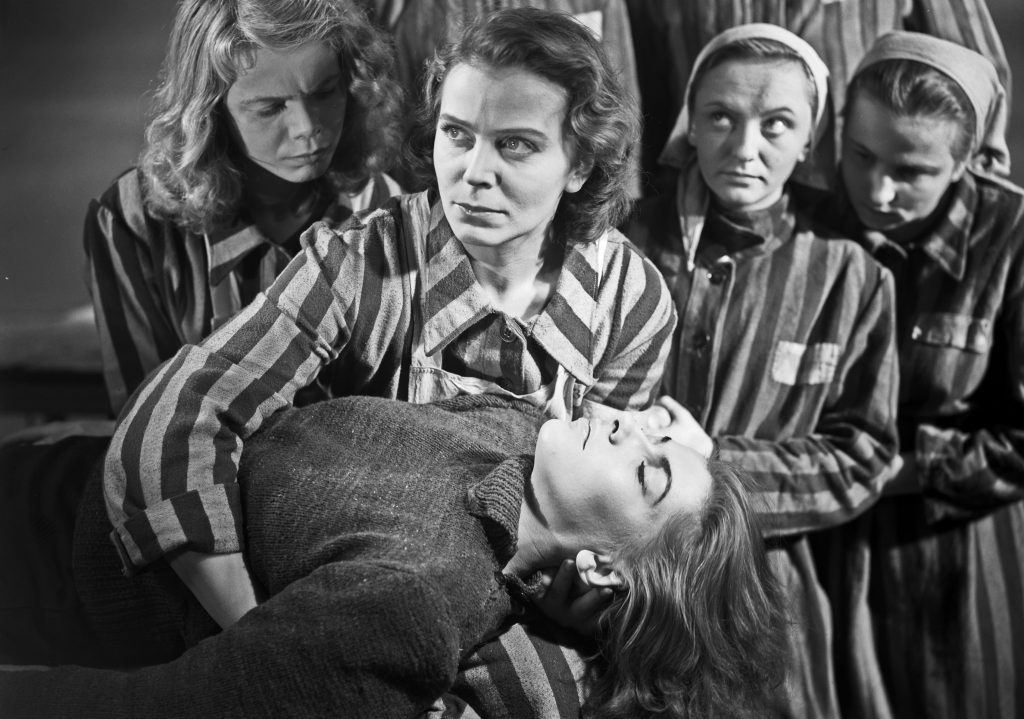 Based on personal accounts, a story about the martyrdom of women in the Auschwitz concentration camp and heroism of prisoners from the infirmary who formed the resistance. Polish Jew Marta is a translator and member of the resistance. She dies following her failed attempt to escape, shortly before the camp is liberated. A French prisoner hides Helena in the infirmary, but a German doctor kills her newborn baby anyway. Eugenia, a Russian physician, is tortured and murdered for helping the sick and organising the resistance. German Communist exposes the imposter doctor Lalunia, who ends up in a camp bunker. Among Nazi predators, there’s sadistic Rapportführerin, murderous doctor and savage Oberaufseherin. The film depicts suffering and tragedy as much as a fierce fight for dignity