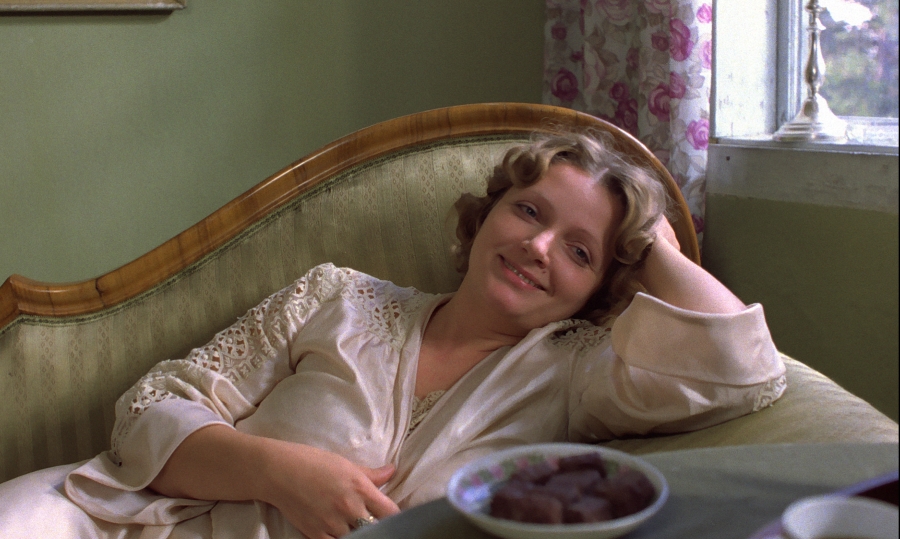 1979, 1 h 56 min
1929. Wiktor Ruben (Daniel Olbrychski), saddened by the sudden death of a friend, follows his doctor’s advice and retires to the country. After 15 years’ absence, Ruben visits the places of his youth – the house of his uncle and Wilko, a manor in the neighbourhood the inhabitants of which, six sisters, he once spent unforgettable summer holidays with. A man just past his prime, Ruben would like to relive the experience, but meetings with the maids, most of whom are now married, make him realise that nothing is going to be as it was that summer… Accepting the inevitability of the passage time, the man leaves Wilko and while crossing a river on a ferry he takes a symbolic sip of water from the river, as if drinking from the Lethe, the river of forgetfulness.
A masterful adaptation, one of the greatest in the history of Polish cinema. Short stories from the 1930s were supplemented with the perspective of the main hero of the later short story Sérénité as well as Jarosław Iwaszkiewicz himself which altered the bitterness of the literary original and replaced it with nostalgia. The mode of the movie is strengthened by the music of Karol Szymanowski. The Maids of Wilko is a tale of the passage of time, its inevitability and one’s acceptance, as well as a portrait of a group of women played by eminent actresses (Maja Komorowska, Anna Seniuk, Stanisława Celińska, Krystyna Zachwatowicz, Christine Pascal). Excellent camerawork of Edward Kłosiński, designs of Allan Starski, and an Academy Award nomination for the Best Foreign Language Film.