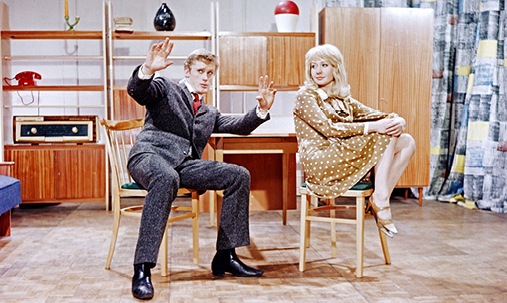 The Marriage of Convenience

Facebook0
A musical social comedy: the adventures of two boys competing over a girl allow for the juxtaposition of two counterpart environments – the artistic bohemia and the market wheeler-dealers. Joanna, the daughter of traders from the Różycki market, is in love with Andrzej, a young, clever but poor plastic artist trying to sell his paintings nearby the Warsaw Barbakan. Joanna’s father, who does not want to disclose his income, decides to give his daughter in marriage to a man whose occupation would excuse possessing a car and a villa.