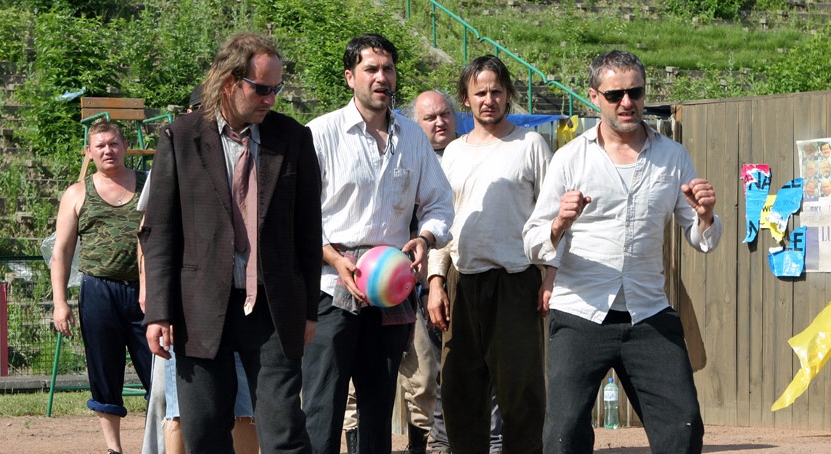 2008, 2 h 6 min
A contemporary story that begins in Silesia, develops in Warsaw and ends abroad. It is a story about the creation of a soccer team of homeless people. The main character is Jacek Mroz, a fourty-year-old ex-football player, former representative of Poland – currently an inhabitant of Warsaw Central Train Station. He decides to form a football team, players of which are: Indor – former mariner, then prisoner, the Ukrainian Mitro, a would-be Soviet astronaut suffering from claustrophobia, a banker called Minister, who believes in world conspiracy theories, former Priest – now an alcoholic, a fat Madman, an unemployed Miner and others. Team members often play at the train stations, learning how to dribble among trains passengers and police patrols. It is there where Jacek meets the his love – Sewka – a French student who works for a humanitarian organisation. The film tells the story about adventures and private stories of team members and also describes their common struggles with adversities.