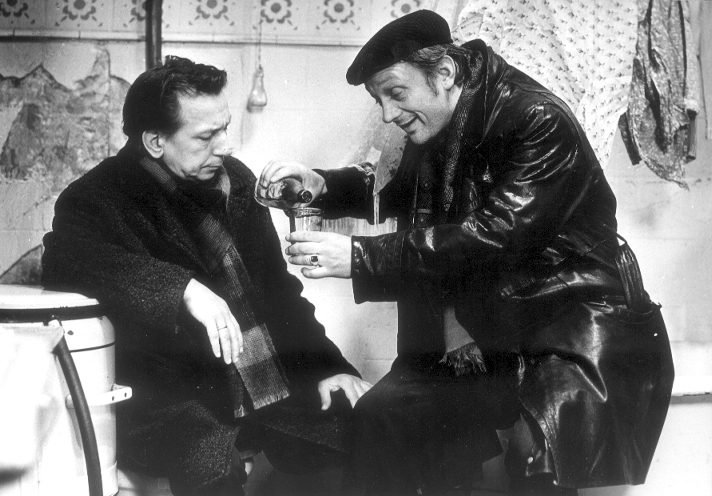 Two friends from school years bump into each other in a waiting room of a railway station in a small town. It’s been years since they last met. Each chose a different path in life. Władysław started a family, a wife and two kids, and though they’re living hand to mouth, he does his best to lead a decent and honest life. He’s always been calm and balanced, a school loser back in the days. Peers even called him Three-Quarters.

Kazimierz Kaczyński is the absolute opposite of Władysław: he lives to impress, to be the centre of atten- tion and only acts all worldly and outgoing. The money in his pocket is not entirely legal. He never got his hands dirty with a decent job, rather prefers small frauds and card tricks that pay surprisingly well. Kazik is in need: he’s looking for a place to stay for a while. Władysław kindly takes him to his modest apartment.