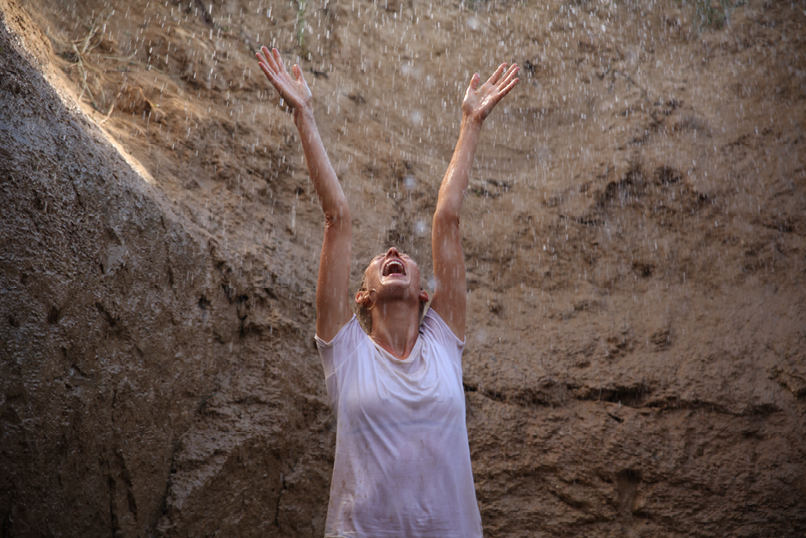 A young sales department manager jogs after work to relax. She runs and falls into a deep hole. This becomes the beginning of an absurd epic journey…

The film is a metaphorical commentary to the changes brought about by the economic crisis. It talks about gaining a new perspective, which makes it possible to verify the priorities held so far.