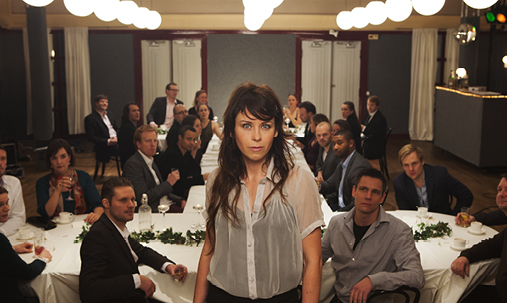 This multilayered film, which is part feature, part documentary, and part performance art, is known for the controversial actions of Swedish artist Anna Odell. In 2009, Odell ended up in a psychiatric hospital after trying to jump off a bridge. It turned out that her suicide attempt was a performance that divided not only critics but also society. Her film debut is no less controversial. Odell has constructed a situation that, while completely fictional, is based on real events. Bullied by her peers, she suffered a trauma in school that has had an adverse impact on her later in life. As her school reunion grows near, she decides to confront those who tortured her, but, to her surprise, she discovers that the reunion has already taken place and that she was not invited. The film is a reconstruction of the reunion but with her in attendance. But that is just half the project. The second half consists of her calling up her former classmates and recording their reactions during a presentation of the film.