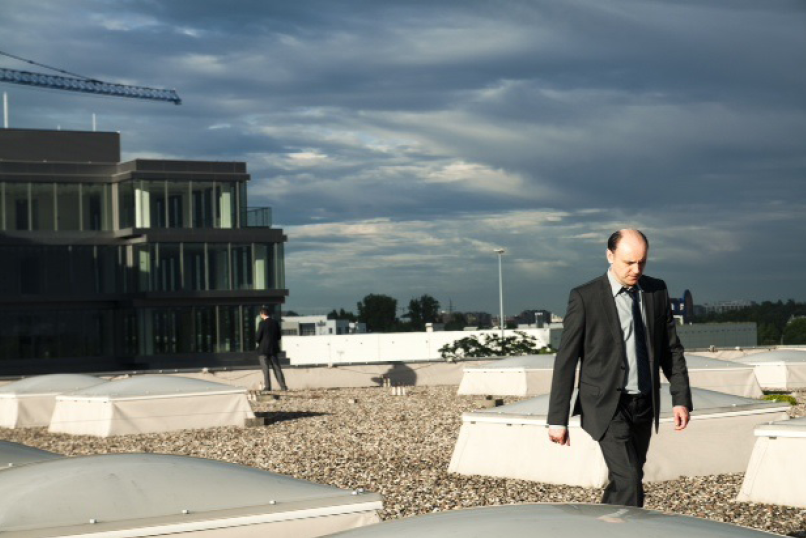 Karol Selznik is a regular at the swimming pool. He swims as many lengths of the pool as many years he’s lived. Forty-three. That’s enough to think through problems, relieve stress. But recently Selznik has been having a nightmare. He runs from somebody or something. At the last moment he manages to jump into a deep pool, which turns out to be a trap. Luckily, it’s only a bad dream. At least until the day Selznik notices his new neighbours.