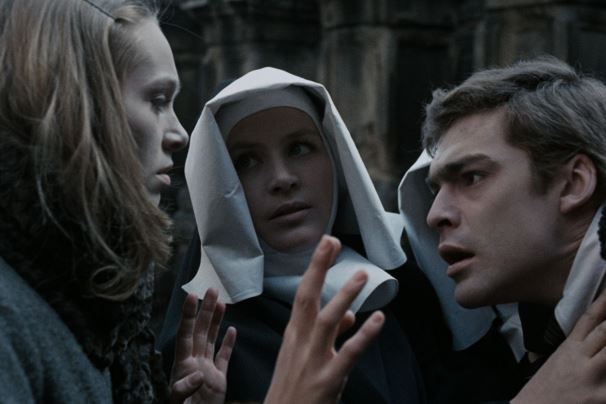 The Third Part of the Night

WW II. Michał, a young intellectual, loses his loved ones – his mother, wife and little son are murdered. He joins the conspiracy movement. A tragic coincidence makes him witness a labour. The woman giving birth looks almost identical to his late wife. To help her and her child he starts work as a lice feeder. It soon turns out that his life with Helena is a copy of his previous one…

One of the most original and striking debuts in the history of Polish cinema. An extraordinary vision of the occupation seen as the Apocalypse coming true, inspired by the war experiences of the Żuławski family (especially those of the director’s father). Its bold form (the feverish rhythm of narration, Andrzej Korzyński’s disquieting music, Witold Sobociński’s visionary cinematography, expressive acting) combined with an ethical message instructing to remain faithful to values during a catastrophe, and hope that chaos may give rise to a new life.