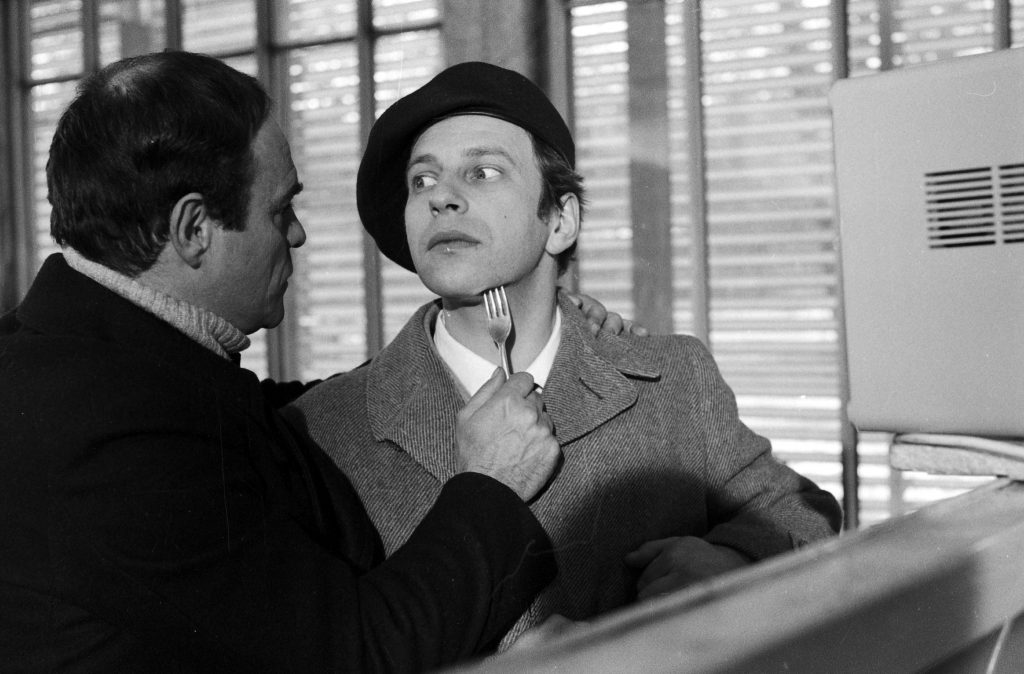 The War Of The Worlds: Next Century

December 2000. Martians lead on Earth. The entire mankind is enslaved and manipulated by aliens. Propagandistic television enforces rules to abide by with the motto “We create reality”. Iron Idem, a popular anchor-man, is unsettled by the situation and decides to fight the regime. He calls all Earthlings to stand up to Alien dictatorship, but his rebellion has dire consequences. The screenplay of the film is based on the novel by Herbert George Wells.

Piotr Szulkin director of feature films and theatrical plays for stage and television, screenwriter, actor, writer and visual artist. Born on 26th April 1950. Died on 3rd August 2018. Graduate of Liceum Sztuk Plastycznych in Warsaw (a high school specialising in visual arts) and Lodz Film School Film and Television Direction Department. Lecturer at the Lodz Film School. Since 2013, Professor of Film Art. Member of the Polish Film Academy. Most of his works fall into the category of philosophical science-fiction. Decorated with the Silver Medal for Merit to Culture – Gloria Artis and the Order of Polonia Restituta, Fifth Class.