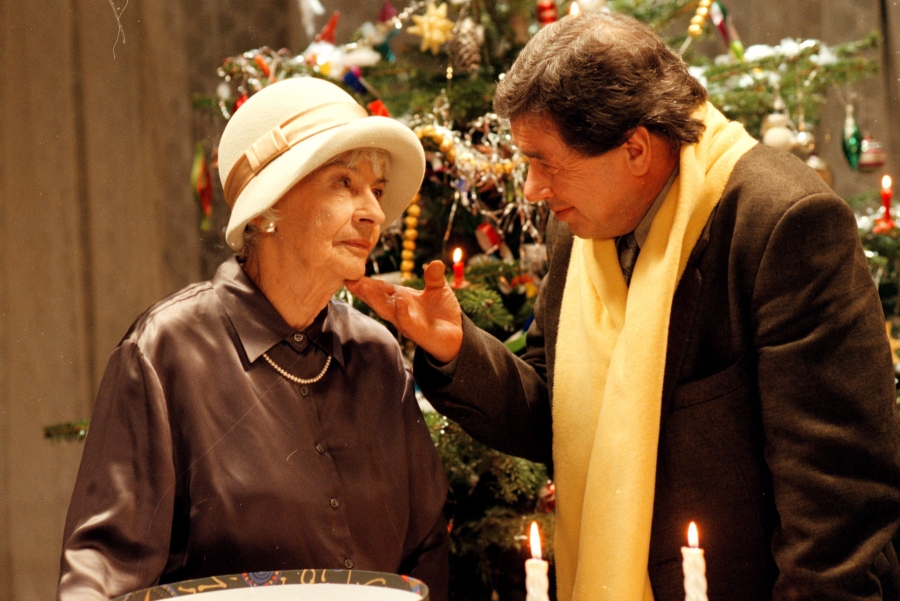 Facebook0
The main character, a middle-aged man, a company manager, spends the day before Christmas Eve meeting with his work colleagues, his son, his Ex-Wife and the Current Woman of His Life. The increasing amount of alcohol consumed when nobody looks or ordered in a restaurant makes the man lose himself in an emotional and psychological chaos, and makes his behaviour unpleasant and embarrassing. His son gives him a present, which is another piece to the collection of yellow scarves given to him by close people and lost irretrievably. Having reached home, the Man promises the Current Woman of His Life to give up drinking. Unfortunately, he fails again to keep the promise. Unconscious he is driven to his Mother’s, where he becomes sober under her loving care. They spend Christmas Eve together in a real Christmas atmosphere. The Man receives a yellow scarf as a present from his mother…