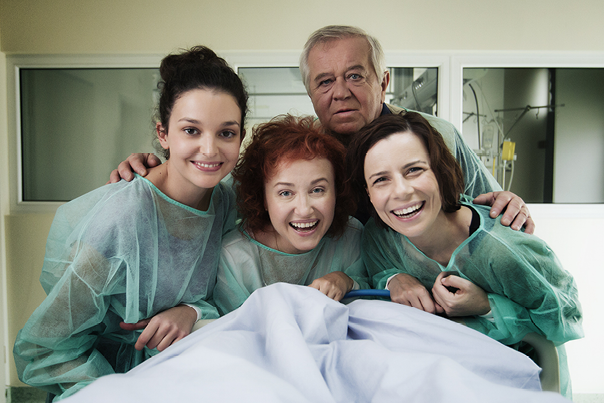 These Daughters of Mine

A warm tale about family relationships. A bitter-sweet story of two sisters who have to join forces despite their mutual dislike when faced with a difficult life situation. Marta is successful. She’s a renowned actress, a star of popular series. In spite of her fame and money she still can’t find her way in life. She raised her now already grown up daughter on her own. In contrast to her strong and dominating elder sister, Kasia is sensitive and has a tendency towards exaltation. She works as a teacher. Her marriage is far from perfect, her husband is a loser constantly trying to find a job. There’s no great love between the sisters but their mother’s sudden illness forces them to act together. They have to take care of their beloved but despotic father. Marta and Kasia gradually become closer to each other and regain their lost relationship, which gives rise to a series of tragicomic situations.