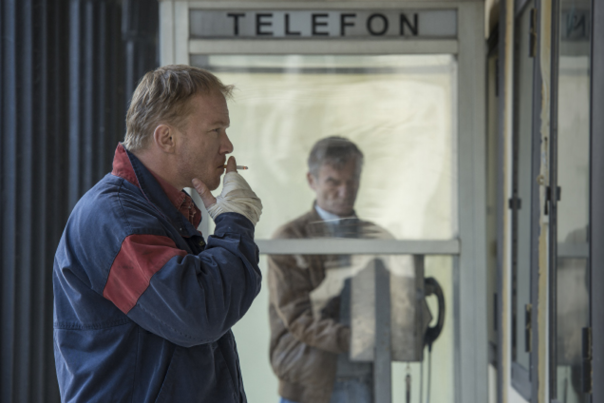 They Chased Me Through Arizona

The analogue age is over. There is one more thing still. All phone
booths need to be dismantled. A taciturn introvert, Leonard, and a crazy
driver, Ben, both set out on a journey reaching the end of an era.

A
film about the lack of communication among people who are close to one
another, about how much it hurts and the almost physical powerlessness
in establishing contact with another human being. At the same time it is
a story about trying to build relationships without which life is empty
and barren, like the place where the protagonists live in.