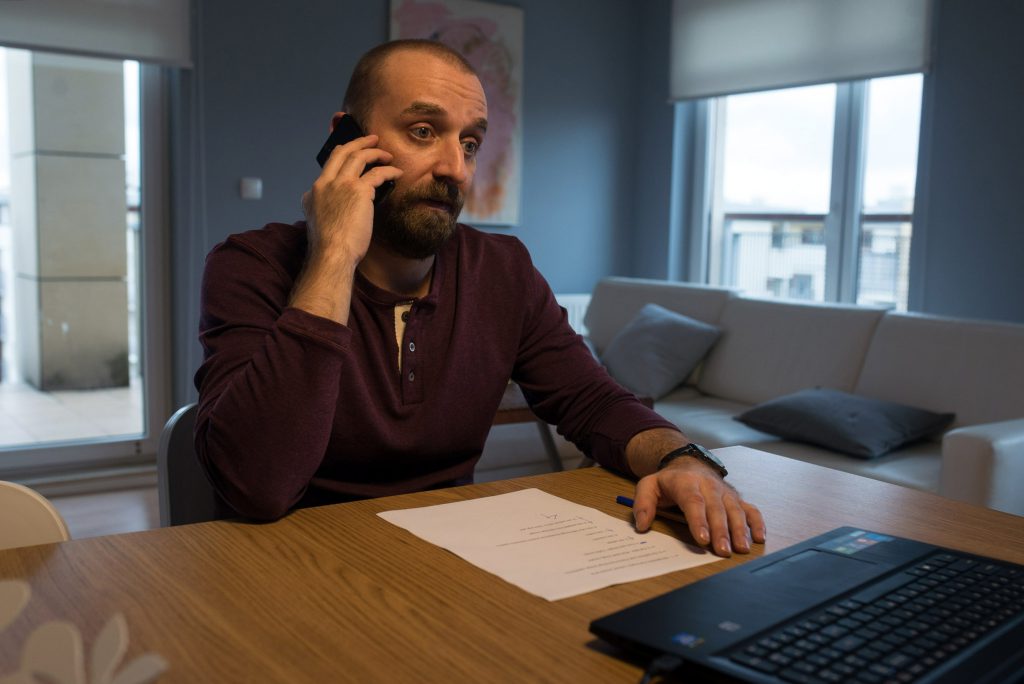 Adam is a contrabass player in a symphonic orchestra. His wife Ewa, a solo player, plays the first fiddle. During a concert, Adam has a heart attack. In hospital, he tells his wife about how he faced the final judgement – in front of a commission composed of Chopin, Gershwin and Beethoven. The Commission informs that he can be judged either as an artist or as a „normal” man. For a normal man, it is enough to fulfil at least five commandments of the Decalouge. Adam wanted to be judged as an artist. The Commission checked his Soulbook profile and found that there was no mention of his achievements. As an artist, Adam is nobody. There is nothing else to be done but to check whether he fulfils five out of the ten commandments. To do this, he needs to change his life.