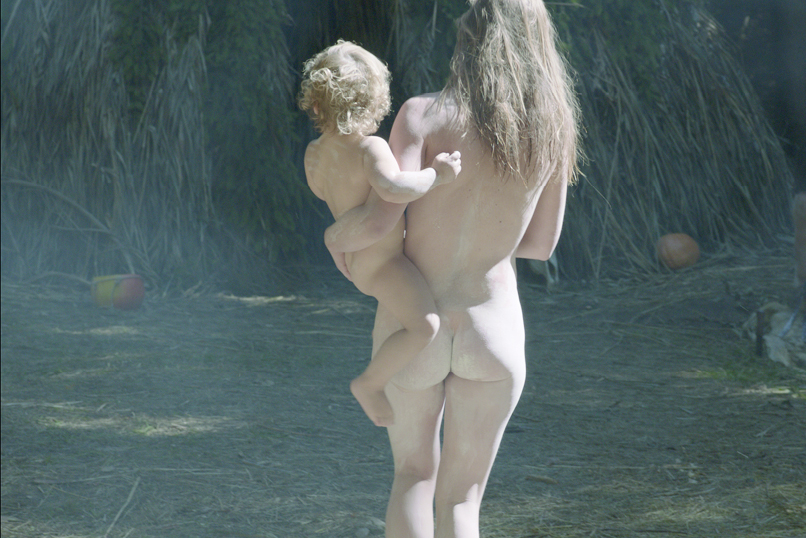 On the brim of civilisation there lives a lost Contaheli tribe – a
blue-eyed people with fancifully pinned up flaxen dreadlocks and faces
covered in tribal patterns. Their bodies are lithe and their movements –
graceful. When they play the etnofuturistic instruments moulded from
sticks and strings, or actually dance with their whole bodies, they
connect to the Cosmos. It is a moment of transcendence: time holds still
and the forest transforms into a fern Jurassic park. Conteheli are
beautiful, young and immortal. This ideal world is intruded upon by a
railway officer, Walser. Lame, slovenly, stuck in his uniform – Walser
is the complete opposite of the forest people. Try as he might, he can’t
delve into their idyllic world or learn their incomprehensible language
and brings with him only chaos and destruction.