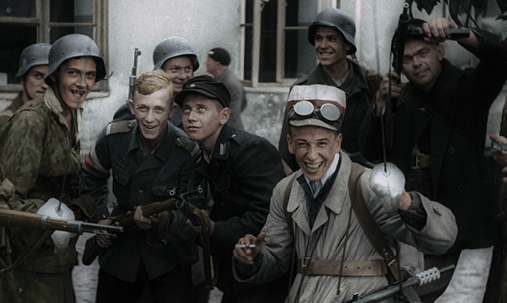 “Warsaw Uprising” is a first worldwide war non-fiction drama fully edited from documentary materials, treating of the title event through the story of two young reporters, witnesses of the uprising fights. The film uses authentic newsreels from August 1944. Using modern technology of colourisation and reconstruction of audiovisual materials as well as inviting a group of brilliant filmmakers to co-operation, the authors made a project that has no equivalent worldwide. Since its premiere in May 2014, the film has been seen by almost 600 000 viewers from the whole Poland, and the image took the fifth place in the Polish film box office of 2014.

Author of the idea for the plot: Jan Komasa