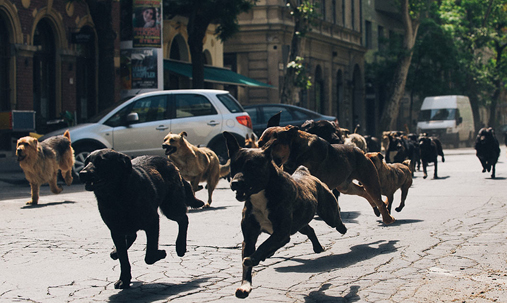 In Hungary, a law is introduced that places severe limitations on the owners of mixed-breed dogs. Moreover, people have begun to treat such animals with hostility. Thirteen-year-old Lili is fighting tooth and nail to keep her four-legged pet, Hagen. She does not understand these inhuman laws or the pressure from her father, who, in the end, abandons the dog in the middle of a busy street. Lili decides to go back for her dog later, but it is no longer there. Hagen wanders around Budapest, experiencing firsthand how cruel people can be. It has to escape from dog-catchers, falls into a trap set by a greedy homeless man, and, in the end, is imprisoned and trained to take part in bloody dog fights. When it manages to escape, it joins a pack of enraged animals that start moving on the city. The director says that his film is a combination of a drama, an adventure, and a film about vengeance. It is also an unsettling political metaphor that stems from observations of what is currently happening in Hungary and throughout Europe.