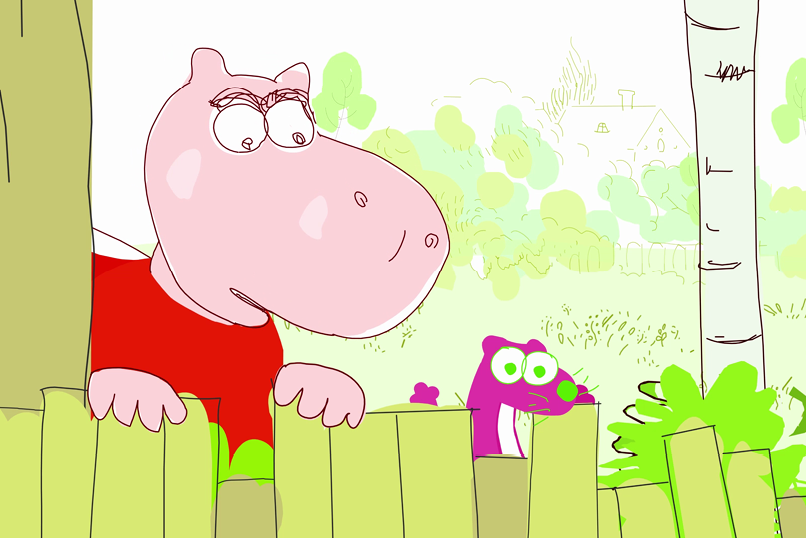 Who Painted My Friend

A pair of detectives – hippo Hip Hip and weasel Hurra – are solving
another mystery. There is a horserace in their town. The race favourite
asks Hip Hip and Hurra for help, as his girlfriend stopped recognising
him.