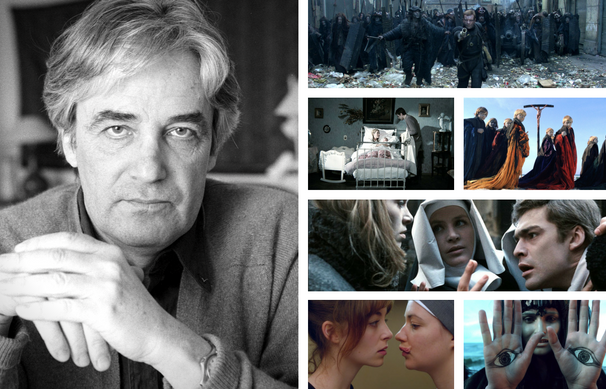 One of the most outstanding and most highly valued in the world Polish directors, Andrzej Żuławski, died on 17th February 2016. The 41st Gdynia Film Festival will pay tribute to the memory of the author of “On the Silver Globe” with a retrospective of his films and events recalling his directing artistry.

The last film by the director – the famous “Cosmos” – will be screened as part of the “Polonica” section on 20th September at 2.30 pm in Multikino. The section “Pure Classics – In Memoriam” is also mostly dedicated to the memory of Andrzej Żuławski; the screenings of the section will be held in the Gdynia Film Centre. As part of “Pure Classics”, the partner of which is the Digital Film Repository, we will see four digitally reconstructed films by the master: “The Third Part of the Night” (20th September), “The Devil” (20th September), “On the Silver Globe” (21st September), and the French and German “Possession” (21st September).

On 21st September at 3.00 pm in Multikino, a workshop entitled “Visionary and Stuntman” will be held by Andrzej J. Jaroszewicz, the famous camera operator who co-operated with Andrzej Żuławski for years. Their special creative relationship started at the shooting plan of “The Devil”, where Andrzej J. Jaroszewicz was the camera operator. As an independent director of photography, Jaroszewicz worked on the films “On the Silver Globe”, “Borys Godunow”, “The Blue Note” and “She-Shaman”. The co-operation brought the Golden Frog award to both of them for a directing-operating duo during the Camerimage Festival. During the meeting, Andrzej J. Jaroszewicz will speak about his co-operation with Andrzej Żuławski as well as will familiarise the viewers with the way the creation of the world of visual metaphors, present in numerous films of Żuławski, looked like from the perspective of a camera operator. The story of building the visual part of works by Andrzej J. Jaroszewicz and Andrzej Żuławski will mainly refer to the film “On the Silver Globe” – one of the most innovative films in the history of the Polish cinema. Stowarzyszenie Autorów Zdjęć Filmowych PSC and Magazyn FilmPRO are the co-organizers of the event.

Furthermore, an exhibition of stills from the private archive of Andrzej J. Jaroszewicz will be organised in the Gdynia Film Centre. With many of the original copies lost, some photographs and negatives were digitally restored and re-developed. The most of film shooting, reconstruction and preparation of photography was made by Andrzej J. Jaroszewicz (films – “That Most Important Thing: Love”, “Possession”, “On the Silver Globe”, “Borys Godunow”, “The Public Woman”). Stefan Kurzyp is the author of stills for the film “On the Silver Globe”.

“The screenings of the digitally restored films by Andrzej Żuławski are a major event. During my numerous conversations with Polish viewers, I often realised that Żuławski’s work is still largely unknown to many Poles,” Michał Oleszczyk, the Artistic Director of the Festival, adds. “Rare television broadcasts, limited availability of DVD copies made the world renowned artist unsufficiently known in the country of his origin. A few years ago, I wrote programme notes about all the films by Żuławski for the Brooklyn Academy of Music in New York and I could see then the great esteem that Żuławski enjoys among the cinema lovers from all over the world. Our retrospective is simply a tribute paid to an artist – one of the greatest artists the Polish cinema ever had.”