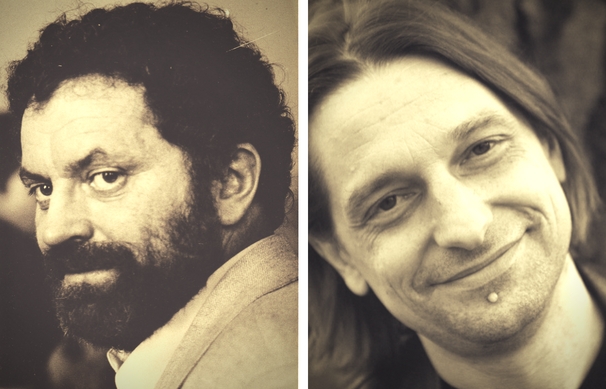 Film memories are a separate part of the programme of this year’s Festival. The 41st Gdynia Film Festival will recollect the figures and achievements of the Polish deceased directors: Andrzej Żuławski, Krzysztof Kieślowski and Piotr Łazarkiewicz and Andrzej Kondratiuk. Today, we present two titles from the Special Screenings cycle that are especially important to us.

“(Nie)obecność” by Magdalena Łazarkiewicz is a documentary dedicated to her husband, the director Piotr Łazarkiewicz, who died in 2008, the author of such films as, among others, “Fala”, “Pora na czarownice”, “Kocham kino”, “0_1_0”. The film uses fragments of feature, documentary, television theatre, student short, television documentary films as well as television programmes and radio broadcasts directed by Piotr Łazarkiewicz. Piotr Łazarkiewicz is recollected by: Teresa Budzisz-Krzyżanowska, Paweł Felis, Remigiusz Grzela, Agnieszka Holland, Zbigniew Hołdys, Wiesław Komasa, Antoni Komasa-Łazarkiewicz, Magdalena Łazarkiewicz, Gabriela Łazarkiewicz, Maria Seweryn, Andrzej Wolf. “Piotr was always surrounded by people, especially the young ones. He had the ability of marvelling at people, he loved his actors. He was authentically happy with the successes of others,” Magdalena Łazarkiewicz recollects. “He called, advised, assisted, supported. Sometimes I was even angry because of that. I thought that in this way, he gets distracted, doesn’t focus enough on his work and his life. But after his death, I realised that it was in this that his personality was best fulfilled. Perhaps he didn’t have the necessary dose of egoism that is necessary to an artist to get what he wants. But he did have this special talent for building relations with people.”

In June 2016, one of the most outstanding Polish directors died, who had been awarded at the Festival several times – Andrzej Kondratiuk. It is him that the special screening of the film “Wrzeciono czasu” will be dedicated to. The screening of the film became a big event at the Polish Feature Film Festival in 1995: “Wrzeciono czasu” was granted the Special Award, the Don Quixote Award and the award for the music by Jerzy Satanowski. The film, made in the artistic settlement of the director, Gzów, is regarded as one of the best titles in Andrzej Kondratiuk’s achievements. Tadeusz Lubelski named “Wrzeciono czasu” the greatest surprise of the Festival: “Because hope is what connects. The films of this year’s festival, easily leading to contradictory opinions, could divide many. I haven’t met anyone in Gdynia who wouldn’t speak of <Wrzeciono czasu> with pleasure”.

“Those two authors fully embodied the idea of artistic and personal independence,” says Michał Oleszczyk, the Artistic Director of the Festival. “Kondratiuk’s films were not only personal and marked with inimitable humour, but they were also unique production undertakings, given how many functions Kondratiuk assumed on the set. As for Piotr Łazarkiewicz, I can say as the winner of the Krzysztof Mętrak Competition he created, that I cannot look at <(Nie)obecność> otherwise than as at a unique portrait of a man of unusual passion and energy. I am positive that the Festival audience will turn out at those special screenings and will be rewearded with a rich emotional experience.”