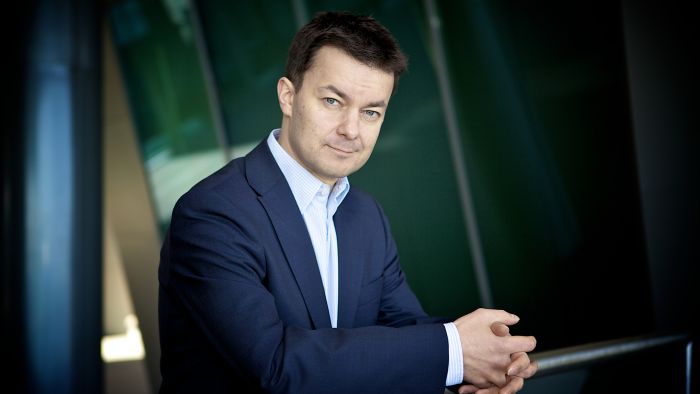 – The recently announced list of films selected for the Main Competition has stirred up controversy. There are twelve titles. Isn’t that too few? Was it a less productive year?

In my opinion, it is a good sign that we have twelve films which we can present with great pride. It was a successful year for Polish cinematography simply because there was no problem with the selection of films. The first league of Polish cinema has been selected for the Main Competition. These twelve films are an excellent representation of Polish cinema of last year as they exemplify the differences in the languages we speak, the topics we discuss and the ways we talk. Among them, there are films which owe their existence to the great computer post-production machine and films made by a few people out of their own pockets, films of traditional and radically experimental forms, linear and associative narratives, the latter making viewers complete the story in their heads. I think that it has been a long time since Polish cinema had such a diverse year.

Could we select two or three films more for the Main Competition? We certainly could. We could even add five or six titles. Or even ten of them. The list of films can always be longer. However, I believe that a film should have more than just a bare skeleton. It should have a heart and a soul. There is no place in the Main Competition for a mediocre film which just makes viewers shrug their shoulders and go for a hamburger. None of the selected dozen will let that happen (for which I apologise to the local hamburger sellers).

– And yet I can’t help asking about the films missing from the list. Before the festival, at least four films were considered the most anticipated: new films by Agnieszka Holland, Małgorzata Szumowska, Marek Koterski and Wojciech Smarzowski. Only one of them has been selected for the Main Competition.

Unfortunately, not all best Polish films can be presented in Gdynia. Małgorzata Szumowska has not submitted her film to the competition because of the application made for the Venice Film Festival, which does not allow for an earlier presentation of the co-production even at a national festival. The film by Agnieszka Holland has not been submitted for the same reason. Marek Koterski, on the other hand, will not be able to finish the production in time for the festival in Gdynia. However, he promised to come to the festival to lead workshops where he will explain why the work on his film is so time-consuming and present some of its scenes. He has some fascinating things to tell us about.

– The crime drama “Entanglement” by Jacek Bromski has not been selected for the Main Competition.

This film is a different case. Jacek Bromski has withdrawn his submission before the competition films were selected. On the one hand, we both agreed that the submission made by the President of the Polish Filmmakers Association, the co-organiser of the festival and the person responsible for the approval of the Jury and the competition selection, may create an atmosphere of uncertainty. On the other hand, President Bromski decided that his withdrawal would give other filmmakers, especially debutants, more chances for competing in the Main Competition. There was one film which triggered off a longer discussion and which, in the end, was selected for the competition. It was “My name is Ki” by Leszek Dawid. As I see it, the President’s withdrawal was a decision made by a filmmaker who does not have to compete with debutants and can afford the luxury of taking an observer perspective and supporting the film which he considers worthy of recognition. Nevertheless, “Entanglement” will be screened out-of-competition at a special Friday night show in the Musical Theatre in Gdynia.

– I will repeat the critical remark I have heard on radio: the Main Competition is a list of artistic achievements of our filmmakers and not a review of Polish cinema. No films for regular viewers are on the list.

Firstly, the Main Competition is not supposed to be a review. It should be a representation of achievements of the best Polish filmmakers. Secondly, I’m afraid I do not understand the remark stating there are no ‘films for regular viewers’, as there are two films which have sold more than a million tickets.

I have heard the dismaying statement that the festival in Gdynia is not a real review of Polish cinema as there are no such top films, as “Oh, Karol 2”, on the list. I would like to advise the journalist to ask one useful question, which she has failed to ask this time. The question is: “Maybe this film has not been submitted to the competition?” I hope that next year Polish filmmakers will produce five excellent comedies, five powerful horrors and five criminal films on an international level. This year, they have not achieved that. Therefore, the films selected for the Main Competition are mostly serious and artistically ambitious. Fortunately, such Polish films have proved worthy of viewers’ recognition.

– What surprised you the most during first weeks as the Artistic Director of the Polish Film Festival in Gdynia?

First of all, the number of people who tell me about their hopes for changes. The fact that during one week several debutants, then Golden Lion winners and finally an Oscar nominee told me about it, proves the general exhaustion of the former formulae of the festival. However, it does not necessarily mean that everyone will be content with the changes. It does mean though, that there is a good reason for searching for a new formulae for Gdynia.

Another nice surprise was an efficient team willing to introduce these change.

And finally, I was surprised that the selection of films is not the biggest problem. This year’s festival is organised in record time as none of the previous Artistic Directors has worked on the festival for less than three months. With so little time, everything appears to be a problem and every decision is put off for a couple of weeks, regardless of the time needed for its consideration.

– What needs to be changed the most?

The role of the festival. In my opinion, the festival fails to promote Polish cinema effectively. We produce around 50 films yearly. Presentation of 40 of them in Gdynia does not make sense, it is like promoting 40 products during one week. Firstly, a number of them are poor films, so promoting them is pointless. I am against presenting such films in Gdynia only because the name of the festival makes it possible. More and more often, critics, viewers and even producers and the Polish Film Institute express the opinion that we produce too many poor films and point out the need for an improvement in the screenplay selection system. Production of a maximum number of films is a short-term investment. It can be compared to minting coins with abandon. In the long-term perspective, taking good care of each coin is more profitable, even if it means a fewer number of them in circulation. (I dedicate this vague metaphor to Eric Cantona ). It is my hope that the festival in Gdynia will become more dedicated to the promotion of successful Polish films and will not get involved in the promotion of the ones which, in my opinion, are not worth it.

Secondly, 40 titles result in a flood of information instead of a proper promotion, as it is impossible to devote enough time for every one of them. The change of this element requires an introduction of a more restrictive selection. If only the first league films are selected for the Main Competition, a dozen of them or so, then we will automatically devote more attention to these titles. Considering that four to five of these films have already been shown in cinemas, the media will concentrate their attention on the remaining seven or eight new titles. We will appreciate their creators more, as there will be more time and place for them in the media. It would be great if after the festival Polish viewers felt the need to find those seven or eight well-done films which they have never seen, but have read and heard a lot about during the festival. I hope that after the festival there will be people who will watch the selected films one by one with a conviction that they are worth seeing.

Undoubtedly, it is a promotion on a national scale. It would be wonderful if the best two or three films could find their way abroad thanks to Gdynia. The guests and the international Jury will also be of much help. This year we will make some changes to their composition.

– This was the Main Competition. And what about the Panorama?

The previously mentioned change will be introduced not only to the Main Competition, but also to the Panorama. Previously, the overloaded Main Competition (recently there were 23 films) was accompanied by a dozen or so films of the Panorama, whose absence in the Main Competition was enigmatic. Were those films unsuccessful? Didn’t they fit in the Main Competition? I could not find a clear reason for that. I would like to make it more distinct. The Panorama presents films which set high standards, bring up important topics, use an interesting language and set certain goals (for instance, a goal of efficient entertainment). They have some imperfections, therefore they do not compete in the first league of the Main Competition. However, they are certainly worth seeing and discussing after the show. The goal I set for Gdynia is simple: films which will only make viewers shrug their shoulders are not worth presenting. May Gdynia never be a place for promotion of mediocrity.

I congratulate “Lynch” on the award in Koszalin, especially considering the fact that it has won against Mark Lechki’s “Erratum”, Paweł Borowski’s “Zero” and “Mother Teresa of Cats” by Paweł Sala. I wish its author to achieve the same international recognition of his film, as the other three films have already achieved. That is all I can say without breaching the conditions of my agreement which forbid me to make public comments about Polish films.

I have one request to people who have been asking me for several days about “Lincz” and Andrzej Barański’s “The Heritage” please, watch the films before criticizing the selection.

– The selection was a surprise, but you have been saying about making changes from the beginning. What is the purpose of these changes? What adjective would you like to be used when describing the Polish Film Festival and what myths about it would you like to dispel?

The first myth I encountered with at the very beginning were the words spoken by one of the festival veterans, which were: “Don’t bullshit me, it has to be dull in Gdynia”. I will try to prove the opposite.

The second myth is that the festival is good only if films are good. My opinion is that it can be helped to some extent. Mostly because people and meetings are an important element of the festival. However, there will be no such problem this year as the films are well-done.

The third myth is that Gdynia cannot be changed. No comment to that.

One adjective? May it be ‘refreshed’. If anyone leaves Gdynia with a feeling of refreshment of the festival’s formulae, as well as their own perspective, I will consider it a success.