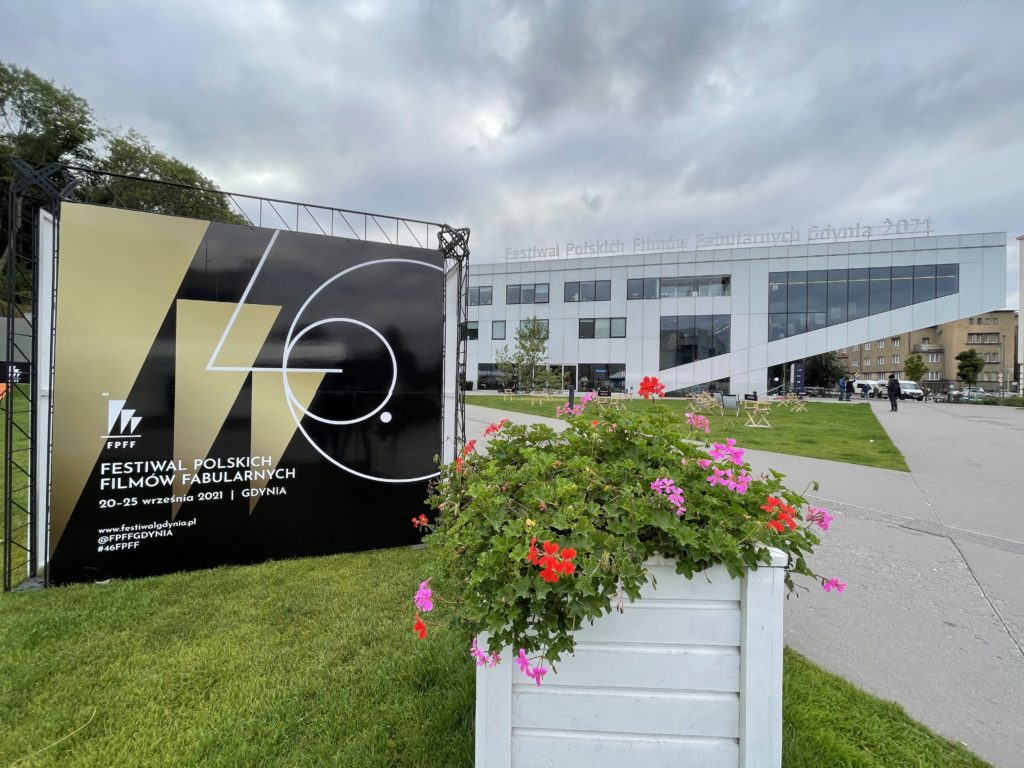 Official screening of Bad Luck by Andrzej Munk, on the 100th anniversary of the director’s birthday, will open the 46th Polish Film Festival in Gdynia in the evening of the 20th September 2021. However, screenings of competition as well as out-of-competition films will commence many hours before the Opening Gala scheduled for 7:00 p.m. in the Musical Theatre in Gdynia.

Hitler’s Aunt dir. Michał Rogalski, Prime Time dir. Jakub Piątek and The Tenant. You Can’t Burn Us All dir. Michał Otłowski – three films from the Main Competition of the 46th PFF begin the Festival week of press screenings in the Gdynia Film Centre. Straight after the screenings, press conferences with the participation of film crews’ representatives will be held in Warszawa screening room. The filmmmakers will also take part in official screenings held on the Large Stage of the Musical Theatre.

Screenings within the other two competition sections – Microbudget Film Competition and Short Film Competition – will commence on Monday morning in the Gdynia Film Centre and Helios Cinema. There will also be out-of-competition screenings. The screening of A Woman at Night – featured in Polonica section – combined with the meeting with the film director Rafał Kapeliński and the director of photography Marcin Koszałka will start at 4:00 p.m. in Goplana screening room of the Gdynia Film Centre.

Already before 9:00 a.m., the youngest audience of the Festival, i.e. school and pre-school groups, will gather in the Chamber Stage of the Musical Theatre, where Gdynia for Children review will start. The theme of this year’s edition of Gdynia for Children section – prepared by the Polish Filmmakers Association – is music and the leading roles will be played by film composers: Andrzej Korzyński (Mr Blot’s Academy), Krzesimir Dębski (In Desert and Wilderness) and Michał Lorenc (Ptaszka).

Barbara Krafftówna played her first roles under Halina and Iwo Gallin 1946, in the former location of Teatr Wybrzeże, in place of today’s Musical Theatre in Gdynia. In the same place, on Monday at 1:00 p.m. the jubilee of the 75 years of artistic work of Barbara Krafftówna will be held on the New Stage.

The event will be accompanied by the screening of a documentary film Krafftówna. An Actress in Wonderland dir. by Maciej Kowalewski and Piotr Konstantinow, with screenplay and interviews by Remigiusz Grzela, who previously wrote a book of the same title. They will take part in the meeting together with their Protagonist. Actress Katarzyna Figura and the Mayor of the City of Gdynia Wojciech Szczurek will also attend the meeting. The participants will be greeted by: Director of the PFF Leszek Kopeć and Artistic Director of the PFF Tomasz Kolankiewicz. The meeting will be hosted by Grażyna Torbicka. The event’s Partner is Polish Society of Authors and Composers ZAIKS.

Festival audience is obliged to disinfect hands and use mouth and nose cover in all Festival venues, also during screenings. Throughout the Festival a free bus line will be running every 30 minutes linking the Helios Cinema and Grunwaldzki Square, where the Musical Theatre and the Gdynia Film Centre are located.

Green film production is the first large topic undertaken during this year’s industry events at the Festival in Gdynia. On Monday, the 20th September, the open manifesto Agreement for Green Audiovisual Production – Film for Climate will be signed.