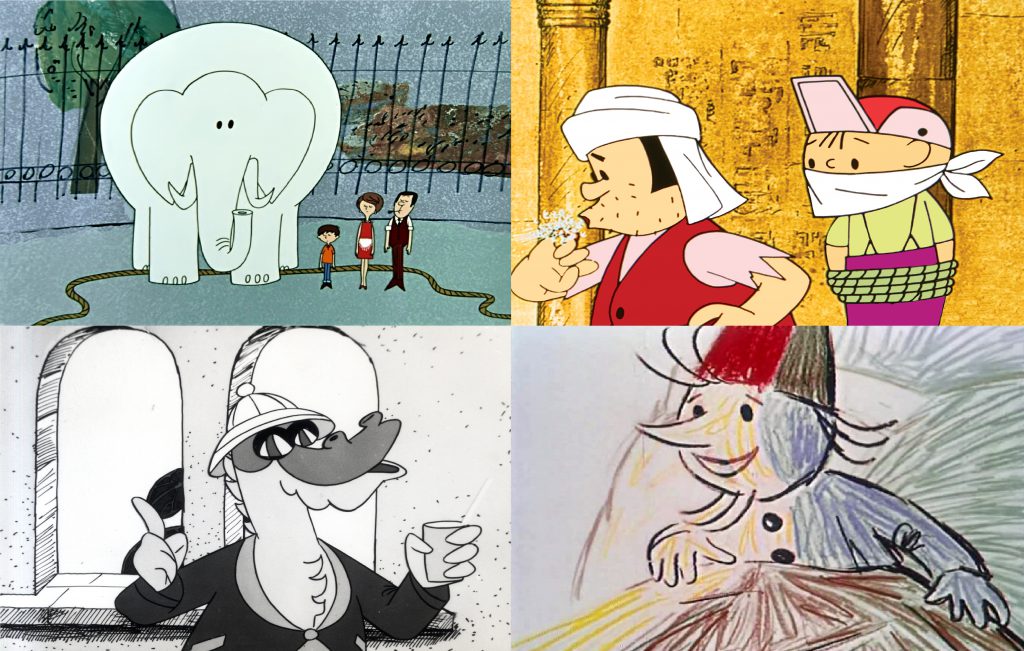 For a 14th time already, Gdynia for Children invites the youngest viewers of the Polish Film Festival to film screenings and accompanying attractions. The Polish Filmmakers Association – the main organiser of the section – offers a repertoire composed of the most recent films to children and young people, including 24 short animated films and 9 full-length animations and features, Polish and foreign, from the recent years.

The programme of the Gdynia for Children section of the 42nd PFF includes, among others, last year’s Polish feature film for children, Behind the Blue Door (dir. by Mariusz Palej), as well as new films from the Jim and Screw series, proposed by Studio Filmów Rysunkowych and Polish Fairy Tales – the productions of Telewizyjne Studio Filmów Animowanych by Lesław Budzelewski, Janusz Gałązkowski, Ewa Klimas, Ewa Rodewald and others.

On account of this year’s birthdays of two outstanding filmmakers of the Polish animation – the 90th birthday of Witold Giersz and the 80th birthday of Zdzisław Kudła – retrospectives of both directors have been planned. Out of Witold Giersz’ films, the selection includes the full-length digitally reconstructed animation Please, Mr. Elephant, and productions from the 60’s (Spring Adventures of a Dwarf, Red & Black), as well as Live Water made in 2003. Out of Zdzisław Kudła’s work, short animations from the Bolek and Lolek and Professor Sponge’s Expedition series will be presented, as well as the full-length film Copernicus’ Star (made with Andrzej Orzechowski).

Gdynia for Children encompasses not only the films of Polish makers but also works of artists from abroad, awarded at top European festivals (among others, Berlinale – Generation section, Giffoni, Ale Kino!) and presented as part of World Cinema Panorama. As part of the section, film setting workshops will be held, where young viewers participate in the making of a short film – from a screenplay through shooting plan to editing, as well as workshops on animated film, allowing the participants to familiarise themselves with different animation techniques and finishing with making an animation on one’s own.

The Programme of Gdynia for Children at the 42nd PFF

The Gdynia for Children review is organized by the Polish Filmmakers Association, in co-operation with the Pomeranian Film Foundation. The programme is co-financed from the sources of the Minister of Culture and National Heritage and the Polish Film Institute. Screening partners: Studio Filmów Rysunkowych, Studio Miniatur Filmowych and TV Studio Filmów Animowanych.