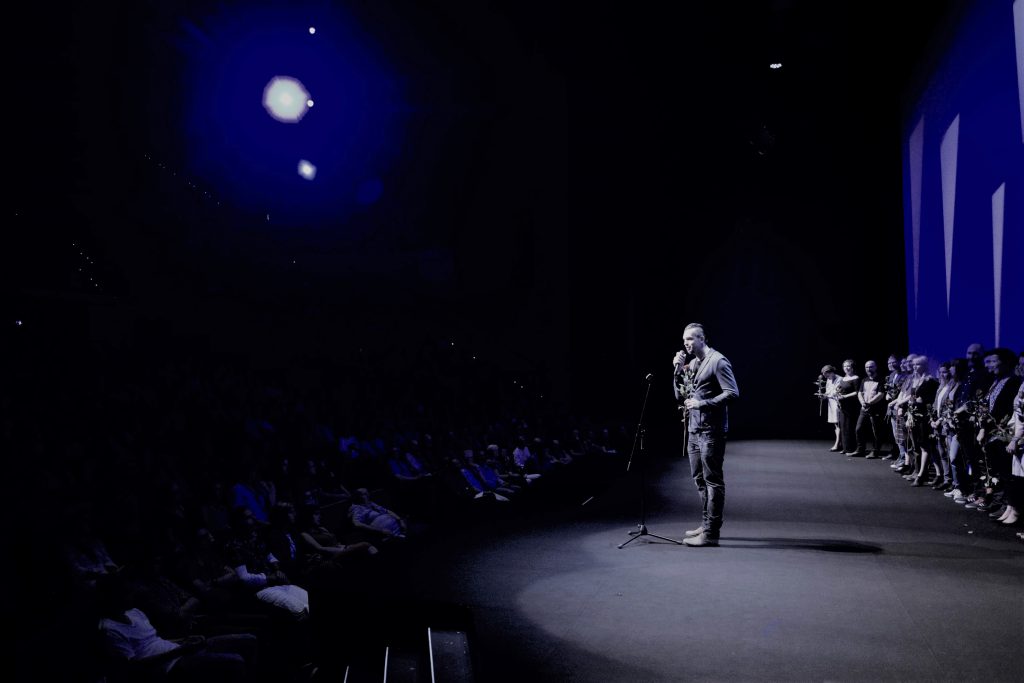 Five years ago, on the night of September 19, 2015, Marcin Wrona passed away at the age of 42. Film, TV and theater director and screenwriter died tragically during the 40th Polish Film Festival. At the time, he presented “The Demon”, his last film, in the Main Competition.

– That tragic event was one of the saddest pages in the history of the Festival. It then cast a shadow over the whole event and shocked its participants. It’s hard to forget the special closing gala of the Festival, the script of which we had to change at the last minute. That evening was not only a ceremonial presentation of festival awards, but a moving farewell to Marcin by the entire film community – recalls Leszek Kopeć, Director of the Polish Film Festival.

Marcin Wrona graduated from film studies at the Jagiellonian University and directing at the Radio and Television Department of the University of Silesia in Katowice. He graduated from the Andrzej Wajda Master School of Film Directing and the Binger Film Institute in Amsterdam. He obtained a PhD in film arts based on his debut feature film “My Flesh My Blood” (2009).

His filmography is complemented by the pictures: “The Christening” (2010), awarded with Silver Lions in Gdynia, as well as TV series: “Lekarze” (“Doctors”) and “Ratownicy” (“Rescuers”). He has also directed outstanding productions of the Television Theater, incl. “The Morality of Mrs. Dulska” (2013). He lectured at Krzysztof Kieślowski Film School at the University of Silesia and was also associated with the Gdynia Film School.

The film expert Michał Oleszczyk, who served as the Artistic Director of the Polish Film Festival in 2015, speaks about the importance and the original character of Marcin Wrona’s cinema:

– Marcin’s departure was sudden and tragic. Five years after we experienced the shock of saying goodbye to him as a film and purely human community, the strength of his talent remains unchanged. I still meet young people for whom Marcin’s films are important and alive; for whom he remains an outstanding director.

We will never end the pain of his departure, but we can pay tribute to Marcin by constantly returning to his films: so full of passion, zeal, professional perfection and life. With each screening of any of Marcin’s films, a piece of memory about him will come back to us and make us feel grateful for the fact that he was with us and that he worked among us.

Photo Archive of the Polish Film Festival. The photo was taken before the official screening of the film “Demon” by Marcin Wrona at the Musical Theatre