Selling Points: How to Promote the Polish Film Abroad? 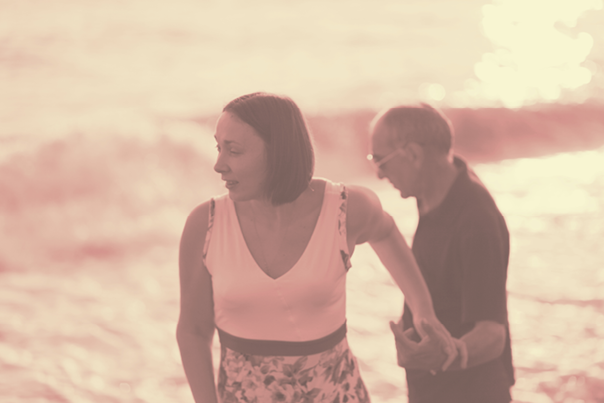 The Oscar victory of “Ida” galvanised Polish filmmaking community and only proved that indeed sky is the limit as far as the promotion of Polish cinema abroad and its global success are concerned. At the same time, it put a question mark, especially among young producers and sales agents, over which strategy in the foreign promotion of Polish film may be most effective. Attempting to answer this question, the Gdynia Film Festival prepared the “Selling Points” panel in partnership with the Creative Europe Desk Poland. The meeting aims at discussing how to position and talk about Polish cinema and adjust the strategy to a specific project so that the film made in the country on the Vistula River would reach all the latitudes and be widely acclaimed by the audience and critics.

We will hear about the experience and observations on the condition of the Polish cinematography and its potential on the foreign market from Izabela Kiszka-Hoflik (Polish Film Institute), Anna Wydra (Otter Films), Marcin Pieńkowski (PR Storyteller Agency), Agata Szymańska (Balapolis) and Katarzyna Siniarska (New Europe Film Sales). The meeting will be held by Joanna Szymańska from SHIPsBOY.

The discussion panel is an open event, however, due to the limited number of seats available, we kindly ask for the sending the confirmation of participation via e-mail to the following address: info@kreatywna-europa.eu. In the message title, please enter “Selling Points: How to Promote the Polish Film Abroad?” and in the message itself, the name and surname of the given person.

Graduate of the Adam Mickiewicz University and the Warsaw School of Economics studies for culture managers. 2001-2004: the spokesperson for the Kazimierz “Summer of Films” Festival. In 2000-2005, she worked as the lead editor of series and feature-length films in Agencja Filmowa TVP. During that time, she was the initiator of, among others, “Festiwal Kina Niezależnego w Dwójce” and an assistant of the Direction of the Feature Films Festival in Gdynia. In 2005, she joined the team of the just founded Polish Film Institute, from the very beginning, the international cooperation department; in 2010, she became the head of the department and in 2012, the Polish Film Institute Director’s Representative for International Cooperation. She works on the promotional strategy of the Polish cinema on international markets; the representative of the Polish Film Institute in the European Film Promotion; a member of the European Film Academy.

Film expert, cinema historian, graduate of the University of Lodz and the London School of Public Relations. In 2011-2015, the press spokesperson and PR and marketing director of the T-Mobile New Horizons International Film Festival and the American Film Festival. The founder of the Storyteller company dealing with the promotion of the Polish cinema in the country and abroad.

Graduate of the Film and Television Production Organization of the Krzysztof Kieślowski Radio and Television Department of the University of Silesia in Katowice. Independent producer specialising in the production of non-commercial, authorship, artistic feature projects (“It Looks Pretty from a Distance”, “Parasite” directed by Anka and Wilhelm Sasnals). Together with Magdalena Kamińska, she founded the Balapolis company responsible for the creation of the “Walser” film directed by Zbigniew Libera as well as “Baby Bump” by Kuba Czekaj, financed within the Biennale College – Cinema programme and thereby premiered at the International Film Festival in Venice. Currently, she prepares the most recent film by Adrian Panek entitled “The Wolf Man”.

Head of Sales in New Europe Film Sales; producer in CoLab Pictures. Graduate of the University of Warsaw Interdisciplinary Individual Humanities and Social Studies (2008) and EAVE production courses as well as the Wajda School. Since January 2013, engaged in New Europe Film Sales, the only professional company in Poland specialising in the sales of feature and short length films with significant success in both fields, among others, a nomination and five short lists for the Oscars in the short film category. The company’s catalogue includes, among others, “Doll” by Joanna Kos-Krauze and Krzysztof Krauze, as well as this year’s winner of Un Certain Regard section in Cannes “Rams” (“Hrutar”). The short film catalogue includes the films by, among others, Ruben Östlund, Tomasz Bagiński oraz Magnus Von Horn.

Producer and production manager of numerous awarded films, both documentary and feature, among others, “Rabbit à la Berlin” by Bartek Konopka, “Domino Effect” directed by Piotr Rosołowski and Elwira Niewiera, “Deep Love” by Jan P. Matuszyński and “All That I Love” directed by Jacek Borcuch. Oscar-nominee and the prizewinner of the Bronisław Chromy statue for the best producer during the Cracow Film Festival of 2009. Nominee for the Polish Film Institute award in the Promotion Abroad category. A member of the European Film Academy, Polish Film Academy and the 1,2 Film Association. A participant of the Discovery Campus Masterschool workshops, Ex Oriente, EKRAN+, PIXEL Lab. In 2011, she completed prestigious workshops for producers: EAVE. In 2006-2009, the production department manager, and in 2010-2015, a lecturer of the Creative Producers Programme in the Wajda School. She manages the Otter Films production company.

Producer and executive producer. A co-owner of the SHIPsBOY production company, a graduate of Berlinale Talent Campus (2011) and a participant of EAVE Producers Workshop (2015). She graduated from film studies at the Jagiellonian University and currently, she prepares for the master thesis defence in law. She has co-operated with such creators as: Andrzej Wajda, Wojciech Marczewski, Marcel Łoziński, Adam Sikora. She was the executive producer of feature films directed by Nora McGettigan (“Sanctuary”) and Wilhelm Sasnal (“Opad”). She managed the Wajda Studio Production Department for three years – making several short length feature and documentary films. As the production co-ordinator, she implemented two editions of the international, educational EKRAN+ programme. In 2014, she received the Award for the Best Short and Feature Films Producer at the 54th Cracow Film Festival for the film “Milky Brother” (dir. Vahram Mkhitaryan). Apart from the production activity, Joanna is also engaged in the activity supporting the film industry in Poland – she belongs to the Polish Filmmakers Association and is the head of the Young Producers Section co-founded by herself while joining the National Chamber of Audiovisual Producers. She belongs to the European Film Academy.