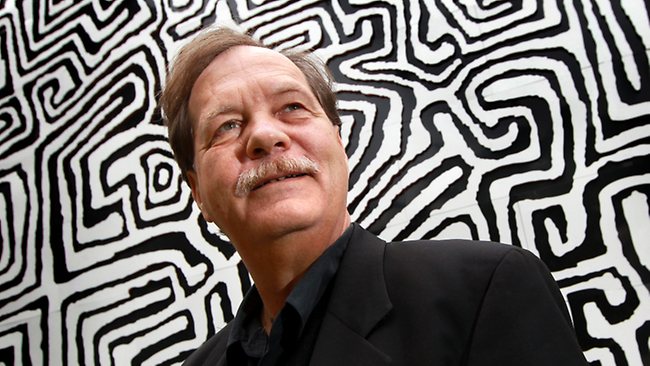 Photo by Alan Pryke from The Australian The educational part of the 37th Gdynia Film Festival programme is dedicated to screenplays. The participants of this year’s edition will have the chance to participate in the course conducted by Syd Field, the Hollywood screenwriters’ Guru and to listen to the lecture of the magnificent screenplay consultant, Christopher Vogler, who has joined the list of Festival Guests. In Gdynia, he will also conduct a 1-week closed workshop.

His book entitled ‘ The Writer’s Journey: Mythic Structure for Storytellers & Screenwriters’ on the use of ancient myth structures in the modern narration has entered the canon of screenplay theories and influenced the general perception of film narration by film makers and theorists. Darren Aronofsky included it in the list of the five most important books on film in history and called it ‘the best screenplay writing handbook ever written’. He also underscores when asked in interviews that he creates his films following the principles defined by Vogler.

Vogler has developed his theorem collaborating with the biggest film studios in Hollywood – Disney, 20th Century Fox, Fox 2000, Warner Bros and Paramount Pictures. He has consulted thousands of screenplays, including films that are now becoming classic, such as ‘Fight Club’, ‘The Lion King’, ‘The Thin Red Line’, ‘Black Swan’, ‘The Wrestler’ and ‘Fighter’.

For many years, Christopher Vogler has been travelling around the world giving lectures and consulting screenplays. This year he is going to visit Gdynia Film Festival and give a lecture to the Festival viewers. He will also conduct a closed screenplay workshop for young Polish filmmakers working on their first or second projects. The participants of the workshop, selected by the Artistic Director Michał Chaciński and the Festival Programme Advisor Joanna Kos-Krauze, will discuss their screenplays for six days, not only at classes but also during individual consultations.

‘Since December, we have been taking a close look at the projects of filmmakers who are at the beginning of their directing route – they need our help most’ comments Michał Chaciński. ‘We were looking for original and artistically most promising scripts. Working with Joanna Kos-Krauze and Oriana Kujawska-Dowjat of the Munk Studio, we selected 6 such projects in March and sent them in English versions to Chris Vogler at the beginning of April – one month before the Festival. Therefore, Chris will come to Gdynia with practical advice for the authors.”

’Why are we doing this during the Gdynia Film Festival? Because each additional hour devoted to working on a screenplay is priceless. Polish producers still seem not to understand that the screenplay needs to be buffed to a shine before the actual shooting starts. We are therefore sending an important signal and I hope we are helping to develop good working standards. Naturally, we are also doing this in our own best interest – we simply want to watch better movies at the Gdynia Festival in the years to come’ explains Chaciński.

Christopher Vogler’s visit to Gdynia has been organized in cooperation with Media Desk Polska.

The lecture of Christopher Vogler for broad audience will take place on Friday, 11 May at Multikino at 11.00 a.m.. Admission will be granted upon presenting the Festival Accreditation or a valid ticket.