We already know the winners of the “Course for Reviews” competition! 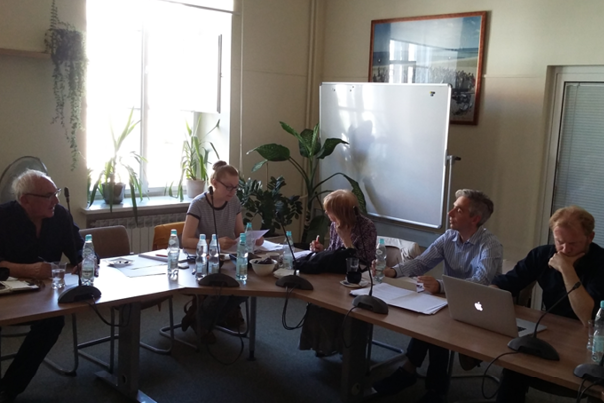 Anna Bińkowska, Bartosz Marzec and Bernadetta Trusewicz will take part in the professional journalism workshops concerning film criticism and at the same time, in the 40th edition of the Gdynia Film Festival. The decision on the winners’ selection was taken by the jury composed of: Bożena Janicka, Iwona Cegiełka, Andrzej Kołodyński, Sławomir Pultyn and Max Cegielski.

The FCMC programme involves two parts – literary workshops held by the editor Bożena Janicka, and television workshops prepared and held by Sławomir Pultyn from the Gdynia Film School as well as Max Cegielski. The Film Criticism Master Course will be settled based on the workshop tasks performed by the participants – a literary one and a television one – and assigned by the lecturers. Awards await the winners – the Main Prize amounting to PLN 1500 and Distinctions amounting to PLN 750 each.

In addition, the organiser of the competition and the Film Criticism Master Course – the Munk Studio – the Polish FIlmmakers Association, provides the winners with transportation to the Festival, accommodation and accreditation.

This year, the Film Criticism Master Course is one of the accompanying events of the jubilee 40th edition of the Gdynia Film Festival, which will be held from 14th to 19th September. The Competition and the Course are co-financed by the Polish Film Institute as part of the “Education and popularisation of the film culture” Operational Programme.

Phot. The “Course for Reviews” Competition Jury during the sitting/phot. the Munk Studio