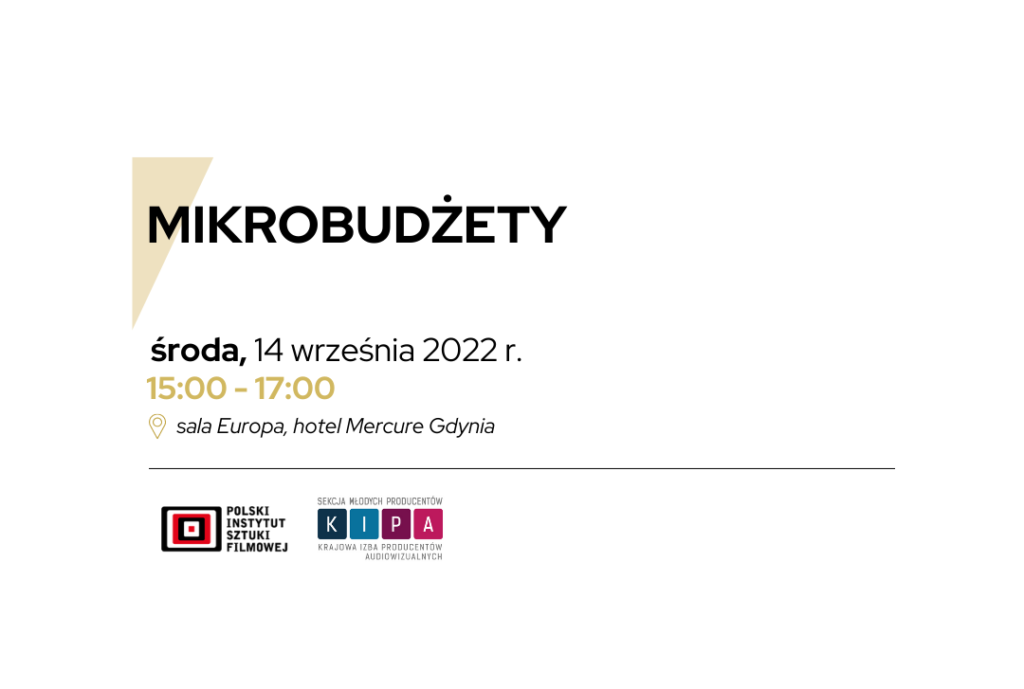 Microbudget Film Competition has already established its position among the festival sections. More and more filmmakers are familiar with this film form. The concept of a microbudget is still relatively new, and with each year, more and more productions, meetings and conversations bring changes and improvements to this category. Catering to the needs of the young generation, Gdynia Industry invites you to a meeting with producers and creators of microbudget productions. Experienced colleagues will share their knowledge of working on microbudget films with those interested in this film form.

We will talk about the nature of a microbudget film, its opportunities and limitations. We will discuss what a producer’s work looks like when funds are limited and what the guidelines and procedures for applying for microbudget production funding are (or should be). We will talk about the production process itself but also about publicity, including international promotion and distribution.

The meeting is organised in partnership with the Polish Film Institute, which introduced the microbudget film financing programme in Poland in 2016, and the Young Producers Section of the Polish Audiovisual Producers Chamber of Commerce, which fought for its introduction and works for the benefit of the young generation of Polish producers and filmmakers.