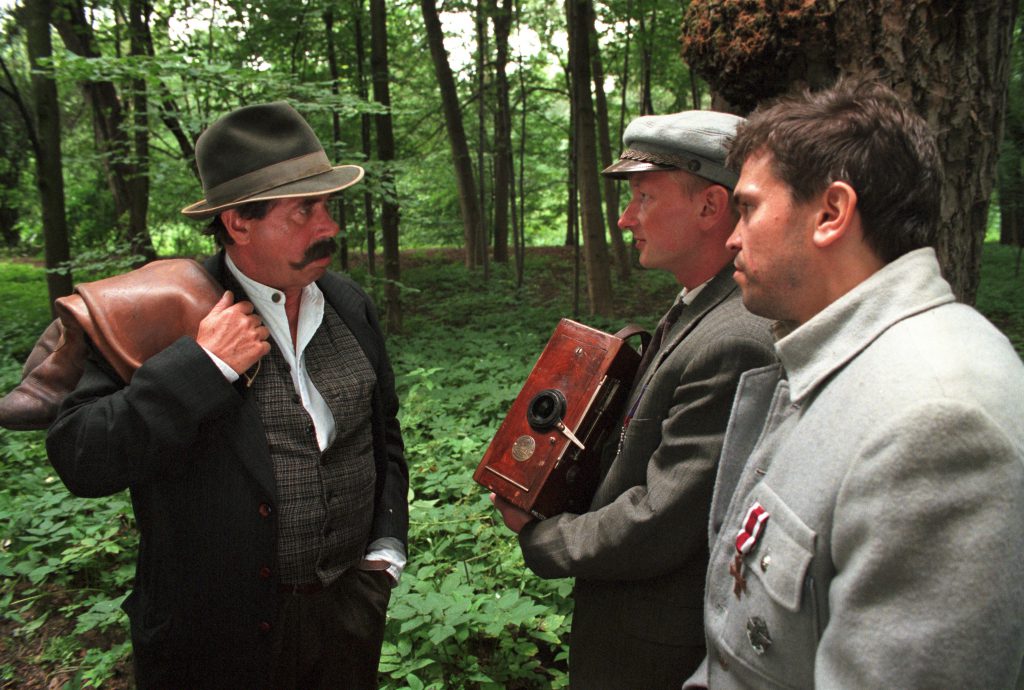 Andrzej Wajda’s performance is an adaptation of a monumental, tri-part novel by Bandrowski entitled Mateusz Bigda, probably the one that most violently attacks the inter-war parliamentarism. The main protagonist of the book and the performance is an ambitious peasant activist, hungry for power and reminding of Wincenty Witos in many ways. The performance presents the intrigues of Bigda in the Sejm, intended to lead to bringing down the government and replacing it with another one, leaded, of course, by himself. The peasant party leader is fully aware that he is a primitive in official situations. However, this is a source of strength to him, not insecurities.

Bigda is characterised with mistrust, arrogance, primitivism, but at the same time, wit and a complete lack of scruples. These traits are perfect for unofficial games, when one can finally disrespect the voters, even if they are loudly manifesting in front of the Parliament. There is always police to be summoned to pacify the noise-makers, and political enemies have to be treated more subtly, although to the same effect – intimidation. Before that happens, however, the bankrupts have to be bribed, the wealthy have to be blackmailed, and the steadfast have to be pacified. Chairman Bigda implements his plan with unusual finesse, making sure that the partisans are still held by the faces, taking them upper and upper at the cost of increasingly tough humiliation.